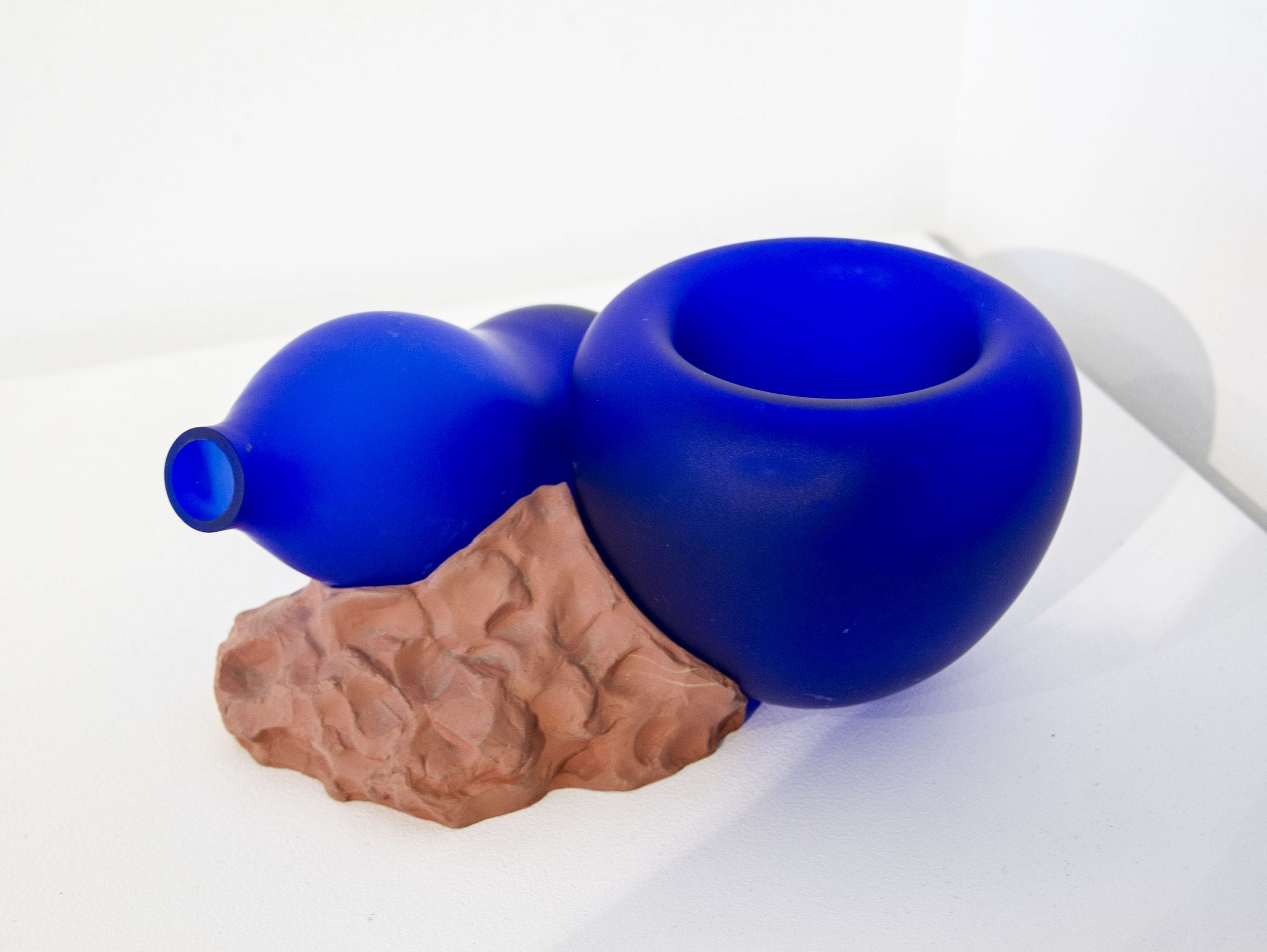 This glass and terra-cotta piece is done by Anish Kapoor, Indian-born British sculptor, who was the first living artist to be given a solo show at the Royal Academy of Artsin London. During the 1980s and ’90s Kapoor was increasingly recognized for his biomorphic sculptures and installations, made with materials as varied as stone, aluminum, and resin, that appeared to challenge gravity, depth, and perception. ‘Cloud Gate’, the famous public sculpture, the centerpiece of AT&T Plaza at Millennium Park Chicago is dubbed ‘The Bean’ for it’s bean like shape, the design was inspired by liquid mercury and the sculpture’s surface reflects and distorts the city’s skyline.