Antoniucci Volti was born Antoniucci Voltigero on January 1, 1915 in Albano, Italy. He is one of the most important Late Modern sculptors to have worked figuratively in the 20th century, ensuring the continuity of the humanist tradition. Volti studied at the Ecole des Arts Decoratifs in Nice from 1928 to 1930. By 1932 the artist had won a gold medal for two bas-reliefs before going to Paris, where he entered the studio of Jean Boucher at the Ecole Nationale des Beaux-Arts in Paris. He served in the Second World War and became prisoner of war in Bavaria, and when he returned in poor health to Paris, his past works had all been destroyed, essentially erasing his past practice. Since then, he considered himself ‘self-taught’ and began signing his works ‘VOLTI’. In 1950, he was appointed professor of wood sculpture at the School of Applied Arts in Paris. In 1954 and 1955 he exhibited at the Brussels and Antwerp Biennales. In 1957 the first retrospective of his work was organized at the Museum Rodin in Paris. Works by Volti are in leading museums such as the Musee National d’Art Moderne, Paris. The Volti Foundation Museum opened in 1980 in Villefranche is situated between Nice and Monaco, it is dedicated to his beautiful sculptures of female figures. 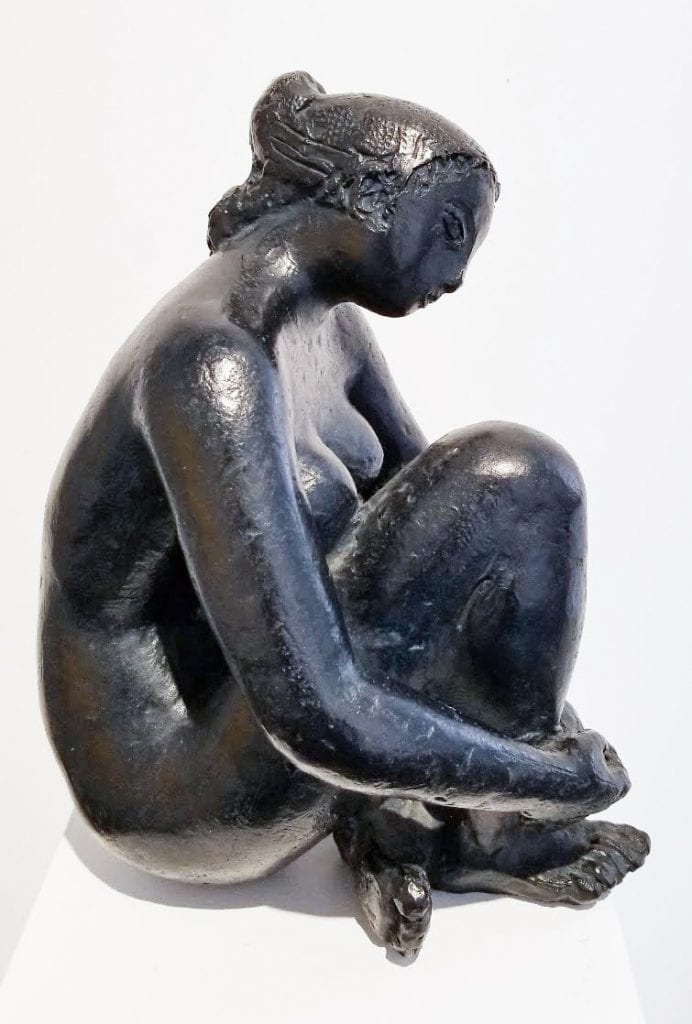