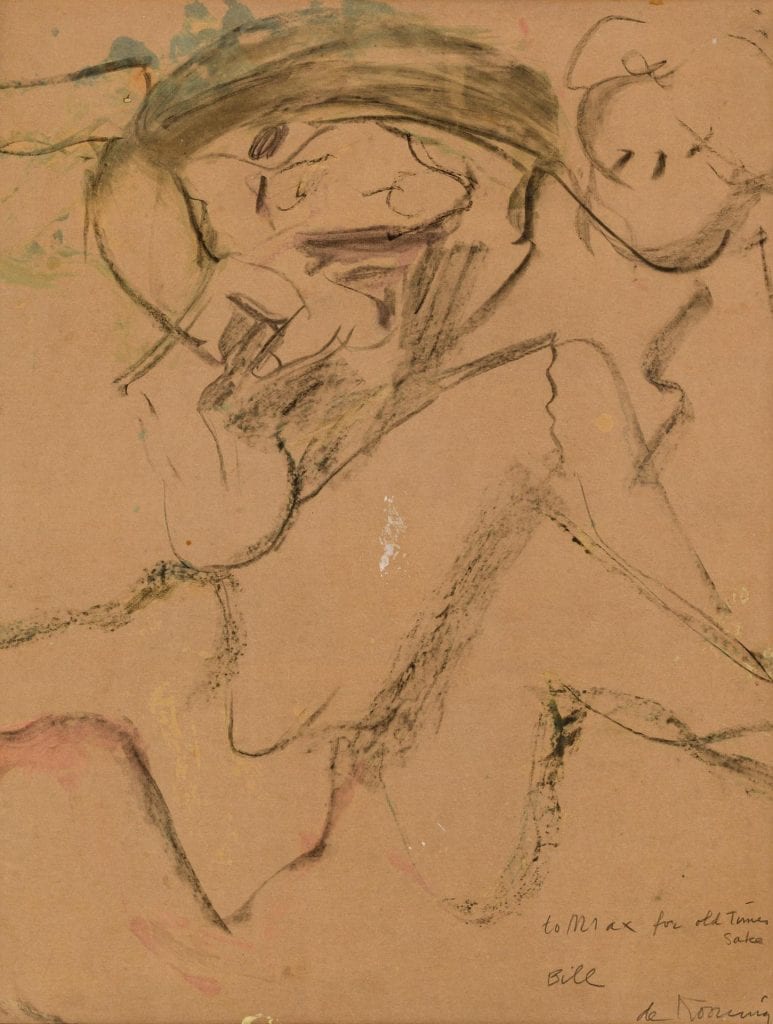 The Woman became compulsive in the sense of not being able to get a hold of it—it really is very funny to get stuck with a woman’s knees, for instance. You say, “What the hell am I going to do with that now?”, it’s really ridiculous. It may be that it fascinates me, that it is not supposed to be done. A lot of people paint a figure because they feel it out to be done, because since they’re human beings themselves, they feel they ought to make another one, a substitute. I haven’t got that interest at all. I really think it’s sort of silly to do it. But the moment you take this attitude it’s just as silly not to do it.
-Willem de Kooning, Excerpt from an interview with David Sylvester (BBC), Spring 1963

Willem de Kooning arrived in the United States as a young man snuck aboard a ship from the Netherlands. He skirted immigration in Virginia and made his way to New Jersey. There, he worked as a house painter, carpenter, and sign maker. He made his way to New York where he befriended Arshile Gorky and John Graham who quickly brought de Kooning into the fold of the downtown New York City art scene.

In 1929, he worked with Fernand Leger on a mural project for the WPA. By 1936 he was a full-time artist. A few years later, by the end of the 1930s and early 40s de Kooning together with Gorky had become the underground leaders of the New York art scene, de Kooning was known as an “artist’s artist” among his peers. In 1945, his work was included in Peggy Guggenheim’s show “Art of this Century” alongside his contemporaries Hans Hofmann, Jackson Pollock, and Robert Motherwell.

In 1953, de Kooning shocked the art world by exhibiting his “Women” paintings. These aggressively painted figural works were seen by some as a betrayal of Abstract Expressionist principles. The Women paintings represented a commitment to the figurative tradition when artists like Pollock and Kline were moving away from representational imagery to pure abstraction. He lost the support of Greenberg, but Rosenberg continued to laud his works. MoMA purchased Woman I in 1953, a validation of de Kooning’s new experiment.

The present composition on paper relates closely to Woman in the Water, a 1967 oil on paper mounted on canvas, illustrated in Thomas B. Hess’ Willem de Kooning (MoMA, 1968). De Kooning was fond of working on paper, as it allowed for an immediacy that appealed to him. Woman presented here, is primarily a drawing on paper, but there are numerous places where the artist applied color and surface texture to the composition.

Inscribed on the lower right the drawing reads “To Max for Old Times Sake” Bill / de Kooning.” Max likely refers to Max Margulis, a friend, musician, and writer in the downtown New York milieu of artists and intellectuals in the post-war period. Margulis was known as affectionately as “Max the Owl” for his horn-rimmed glasses. 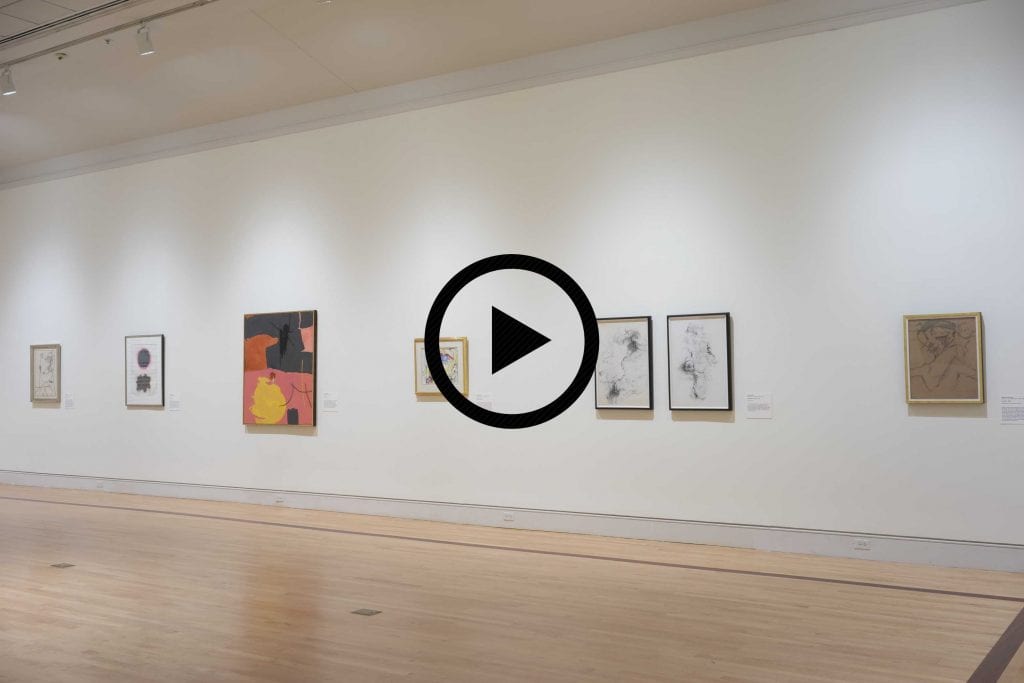 Click to view an excerpt from a talk given by Jeanne Berry on her collection during the Georgia Museum of Art exhibition.

A special thank you to Hillary Hazel Brown from Georgia Museum of Art for communicating and coordinating with us, and a big thank you for Jeanne Berry for generously offering her time to us.