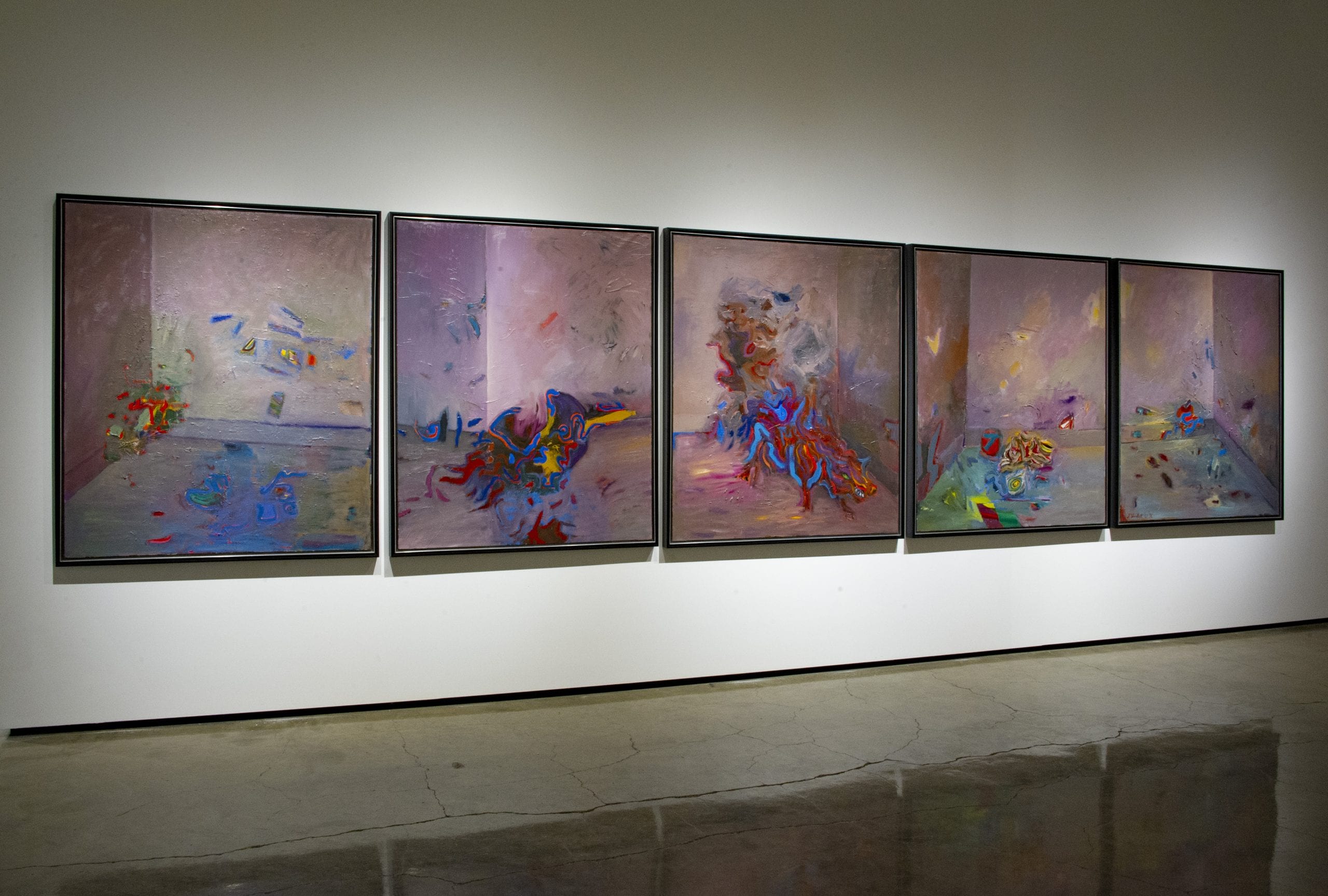 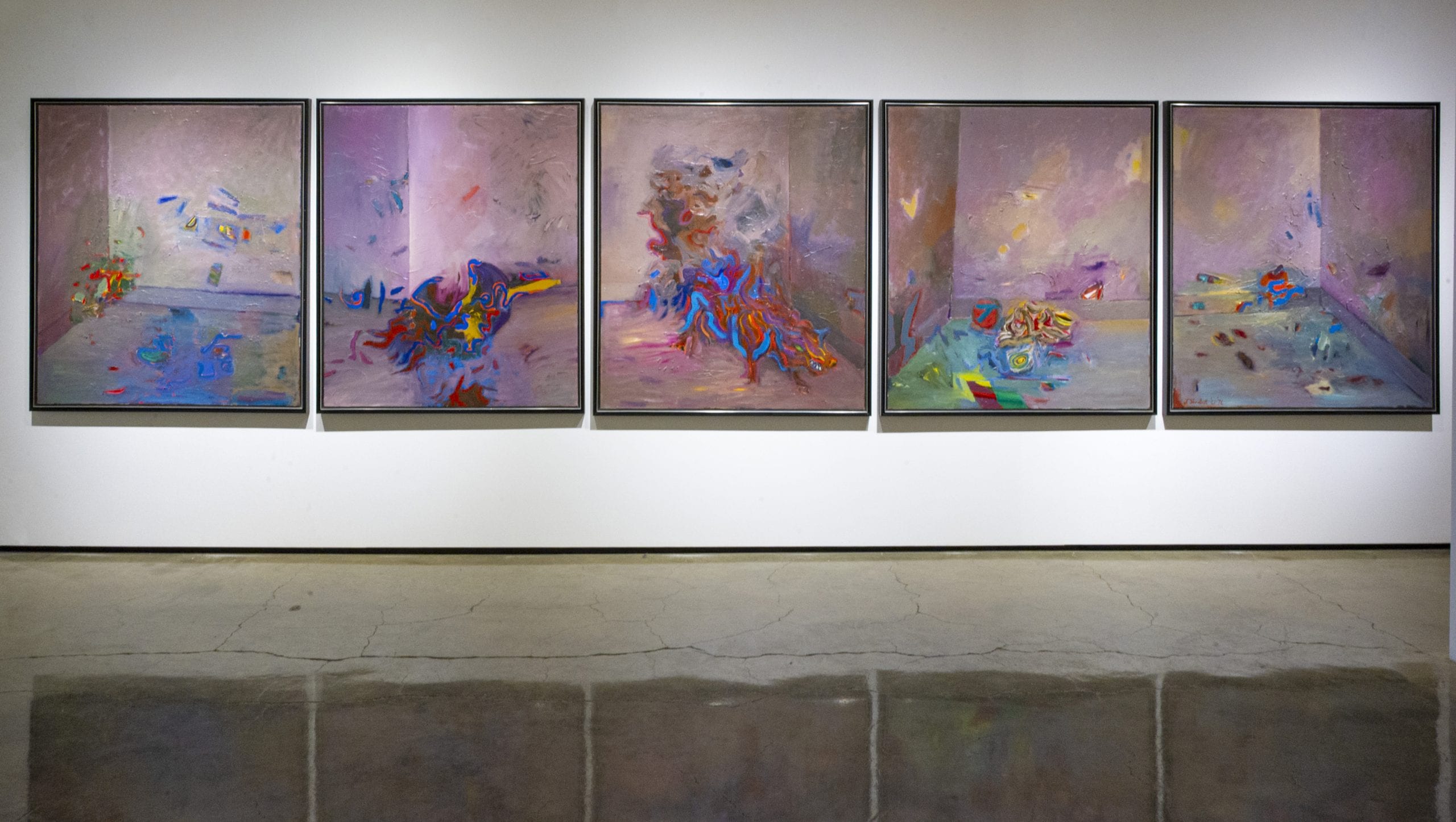 Jack Shadbolt’s works of the late seventies had unique qualities that set them apart. Between 1976 and 1981, he produced seven important large multi-paneled “suites.” An oil on canvas series, Dog in an Empty Room, was the first…These works were among the most ambitious of his entire career, not just in their scale, but in their attempt to sustain a creative momentum through a period of time.

Shadbolt’s paintings have always argued…against emptiness. He has a horror of the void… “Blank canvas is a terror.” In most of the works he repainted in 1975, the earlier work has all but disappeared and the result is a new painting. By using an old canvas, whose texture and image would never be completely suppressed by a new layer.

Dog in an Empty Room is a five-panel work that started with five 1961 canvases conveniently of the same dimensions. The centre panel depicts a dog, an old subject from the postwar works and an animal Shadbolt identified with violent sexual forces. The irrational space of the room was partly the result of the manner in which this and all the extended series developed. That is, Shadbolt did not lay out the five panels and commencing painting, but went through phases in which a diptych was extended into a triptych and so on.

Dog in an Empty Room seems to be a portrait of the painter and his perpetual dilemma: how to confront emptiness and how to organize libidinal energy. Form in art has difficulty coming into being…for an abstractionist like Shadbolt, the process was painful and violent. The series of empty rooms also had a source in recurring dreams of old houses and empty rooms, which Shadbolt associated with intense claustrophobic feelings that dated from childhood. 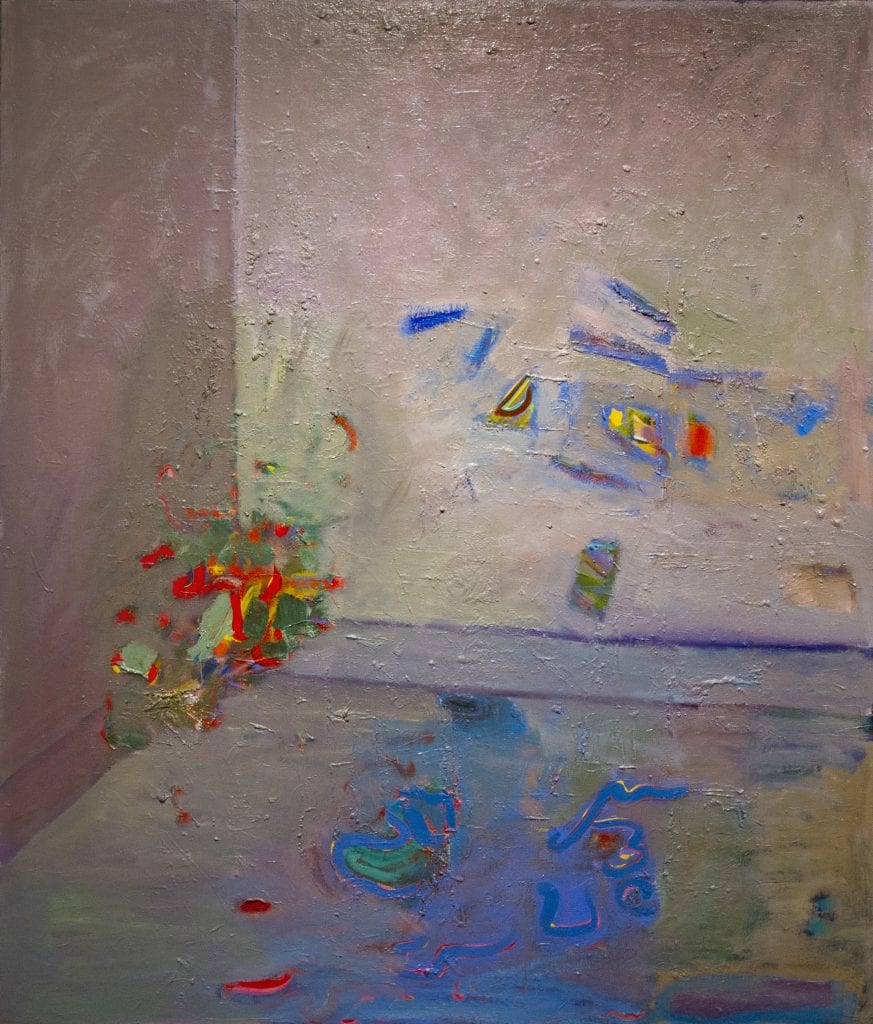 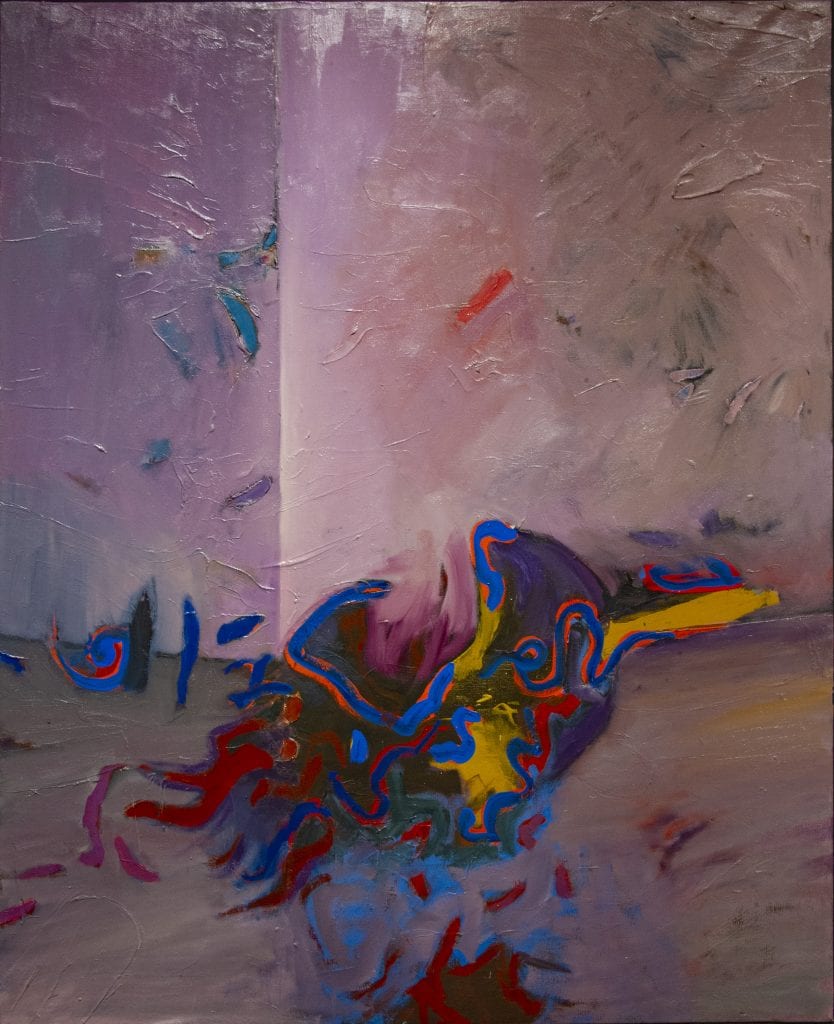 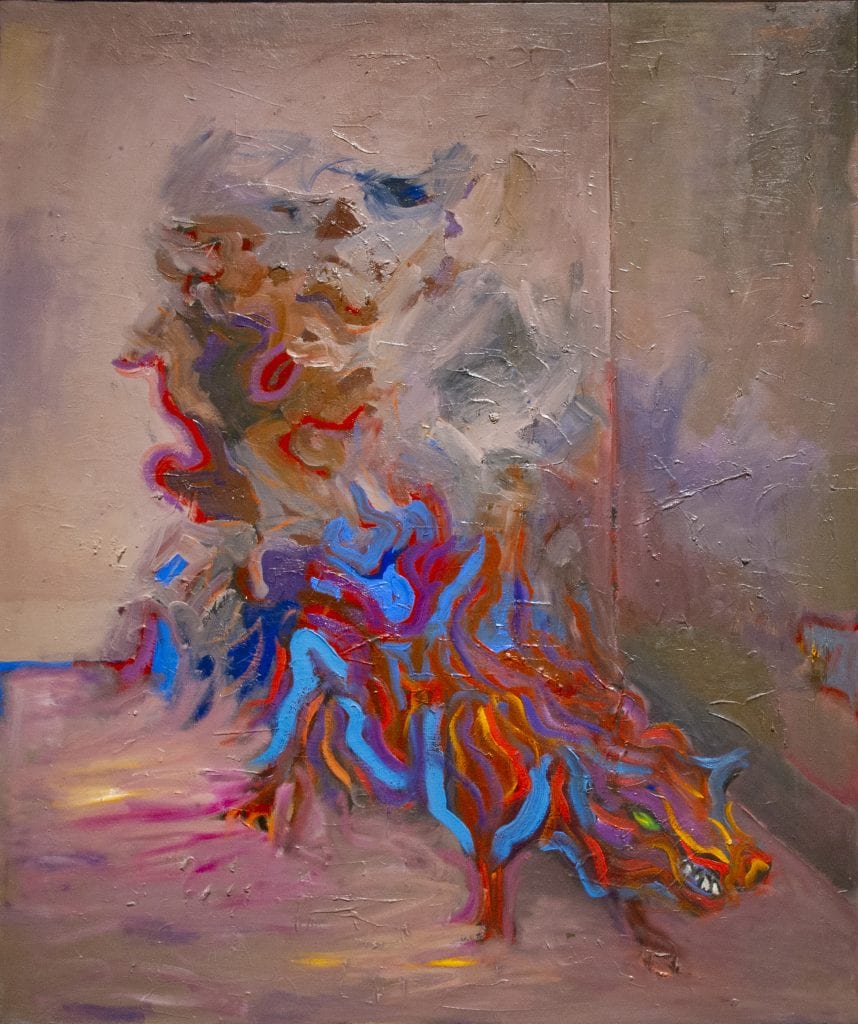 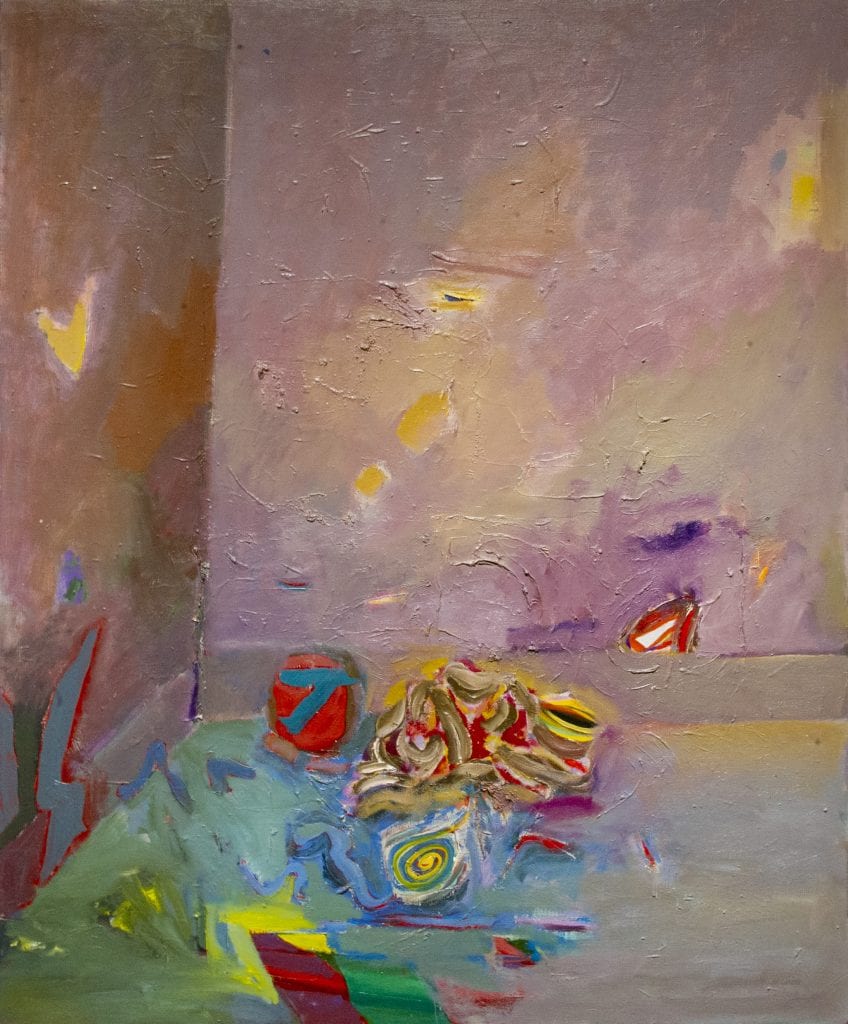 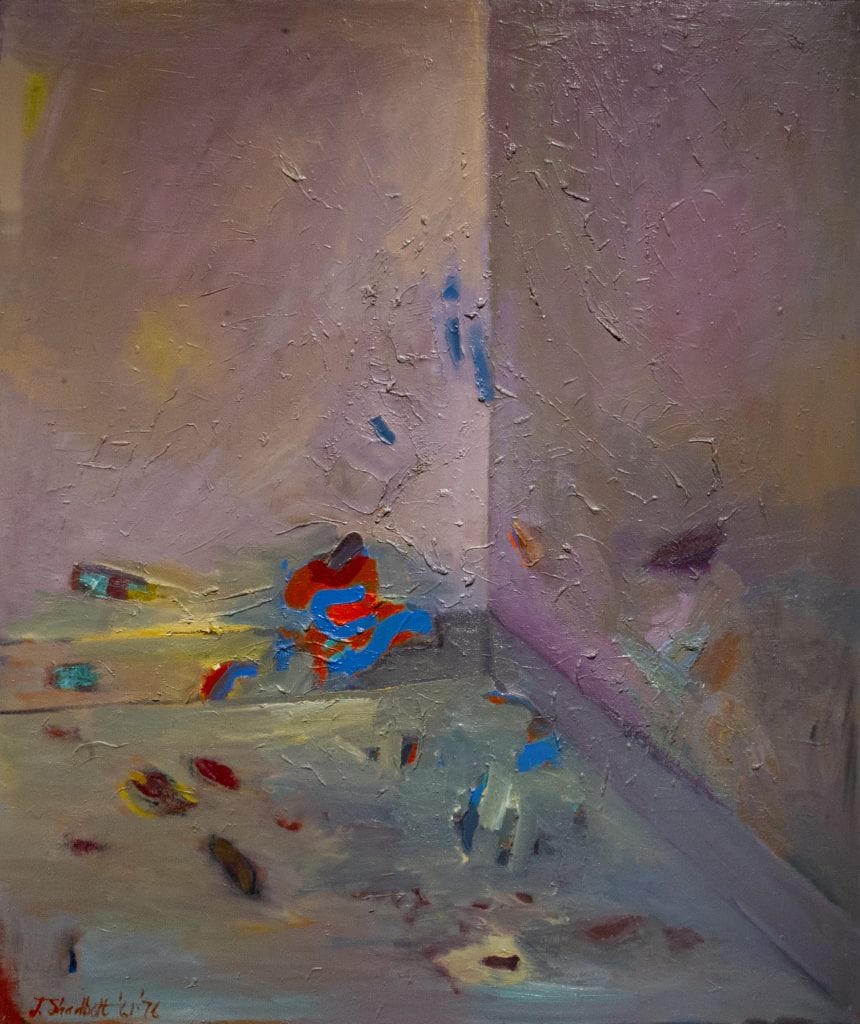