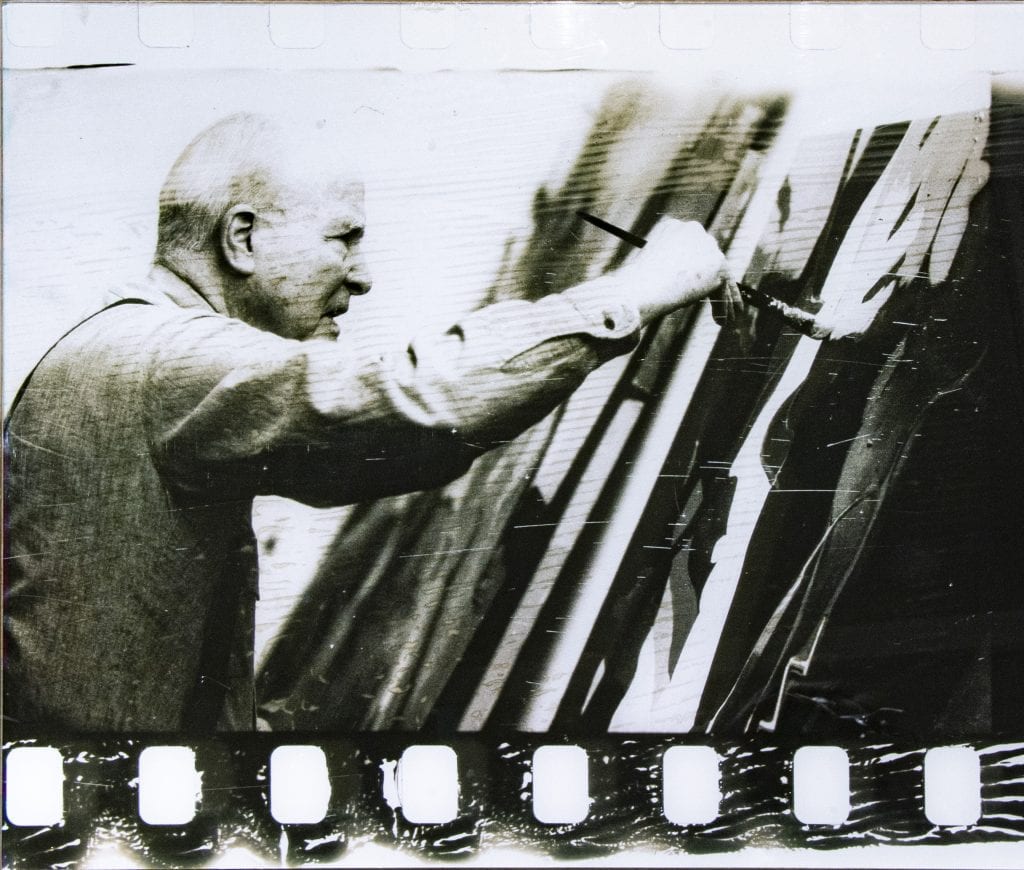 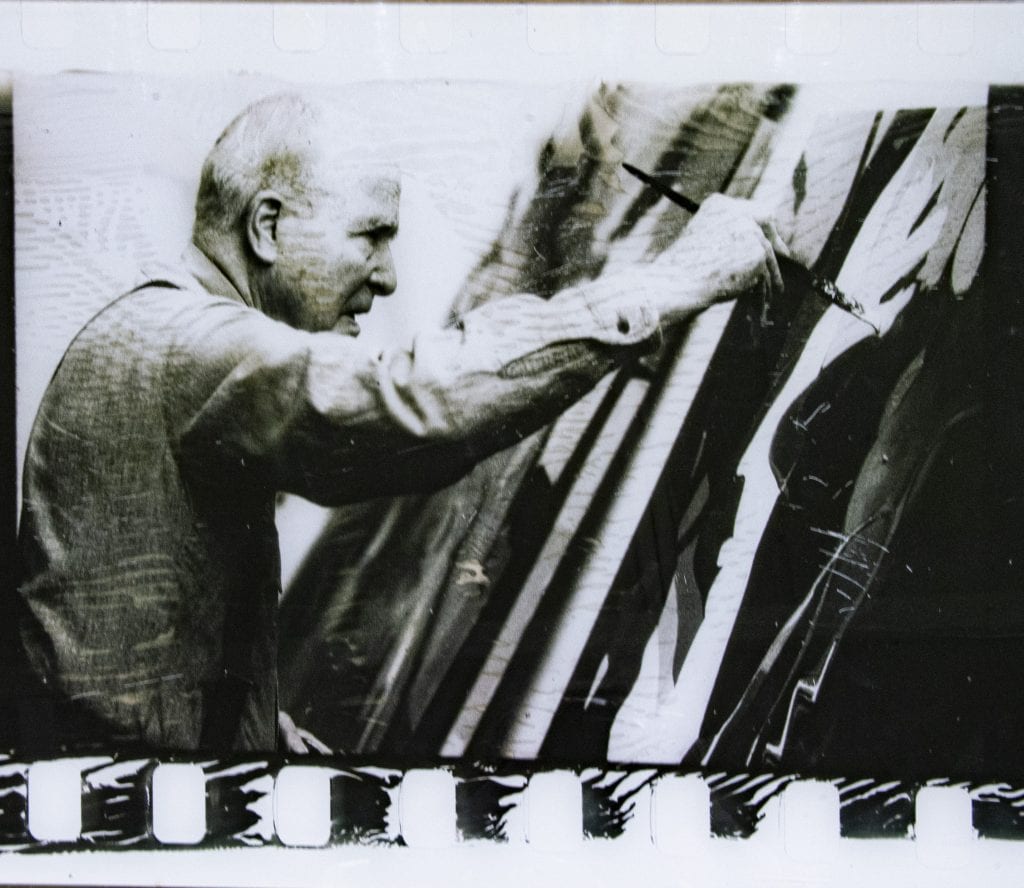 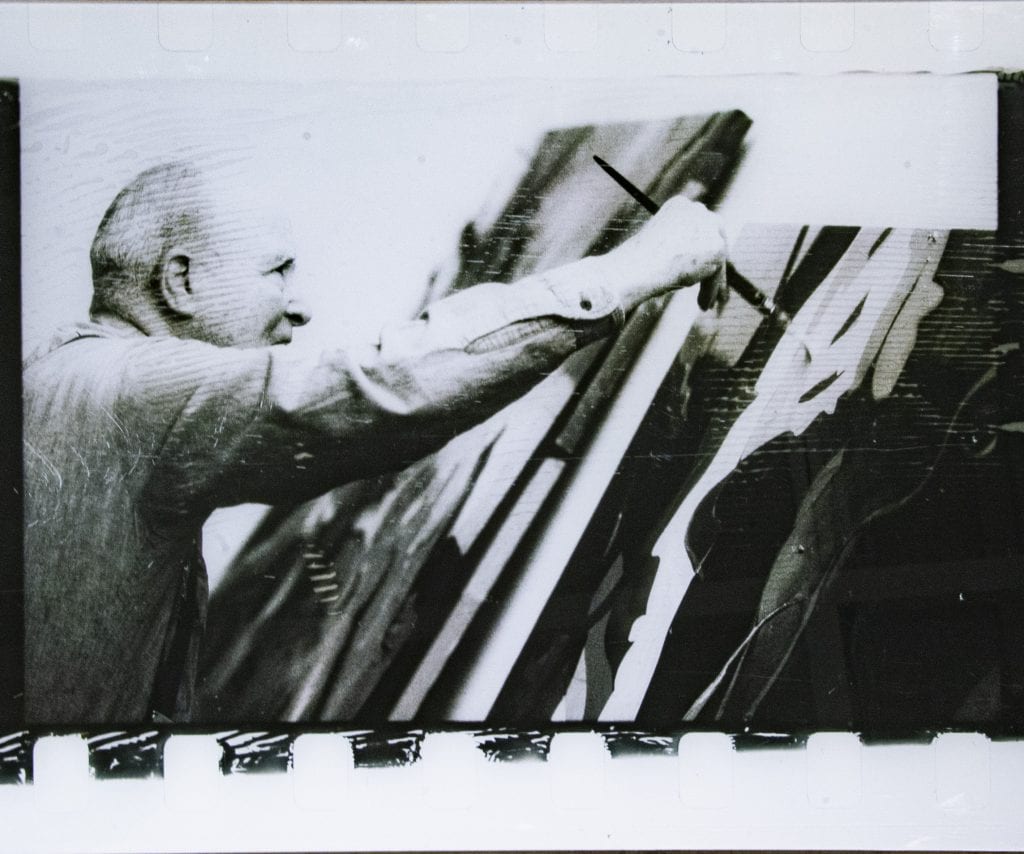 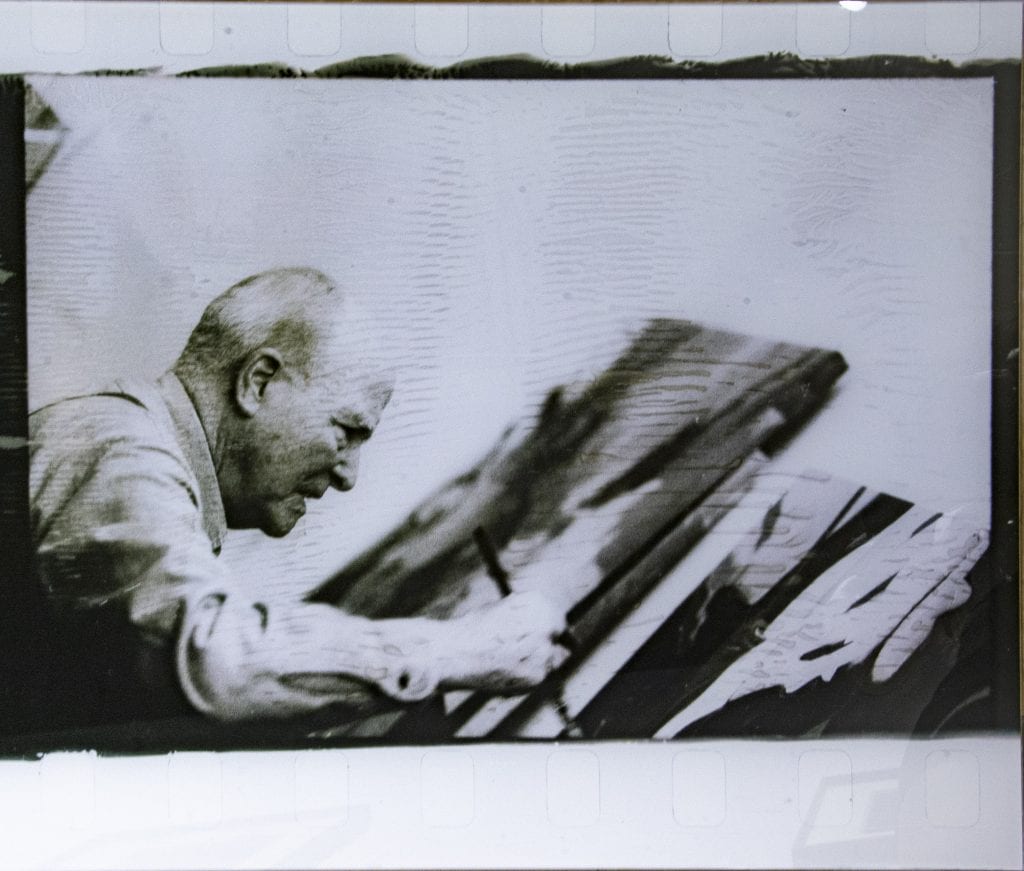 This is a series of shots done by James O’Mara in March of 1990 of Jack Shadbolt working in the studio. This 96 x 20 in. laminated C-Print panel shows a cropped section of this series of shots. O’Mara didn’t develop each photo individually, but rather enlarged this section of film cells as a single work, offering an intimate moment of Shadbolt during a passionate painting session, when he used to refer himself as an artist from the “snort and grunt school”.

Before Scott Watson published the Jack Shadbolt book, he had hoped that O’Mara would be able to visit Shadbolt in the studio to get some portraits done for the book, however, Shadbolt being in poor health, was never able to fulfill this commitment. After the book published though, O’Mara visited Shadbolt anyways to do a photoshoot of him and his studio.

O’Mara recounts that Shadbolt walked into the studio with suspenders and button-up shirt on, looking like he had been farming. Shadbolt had bandages wrapped all around his right hand and arm from an injury, but quickly took it off for the photoshoot. As Shadbolt painted, he was only able to produce straight stroke on the canvas due to the injury but continued to paint fervently and passionately while O’Mara snapped these precious shots of Shadbolt ‘attacking’ the canvas.