1,260 ‘bricks’ in varying depths, cover three converging walls in this installation with every brick coloured in various bright hues. 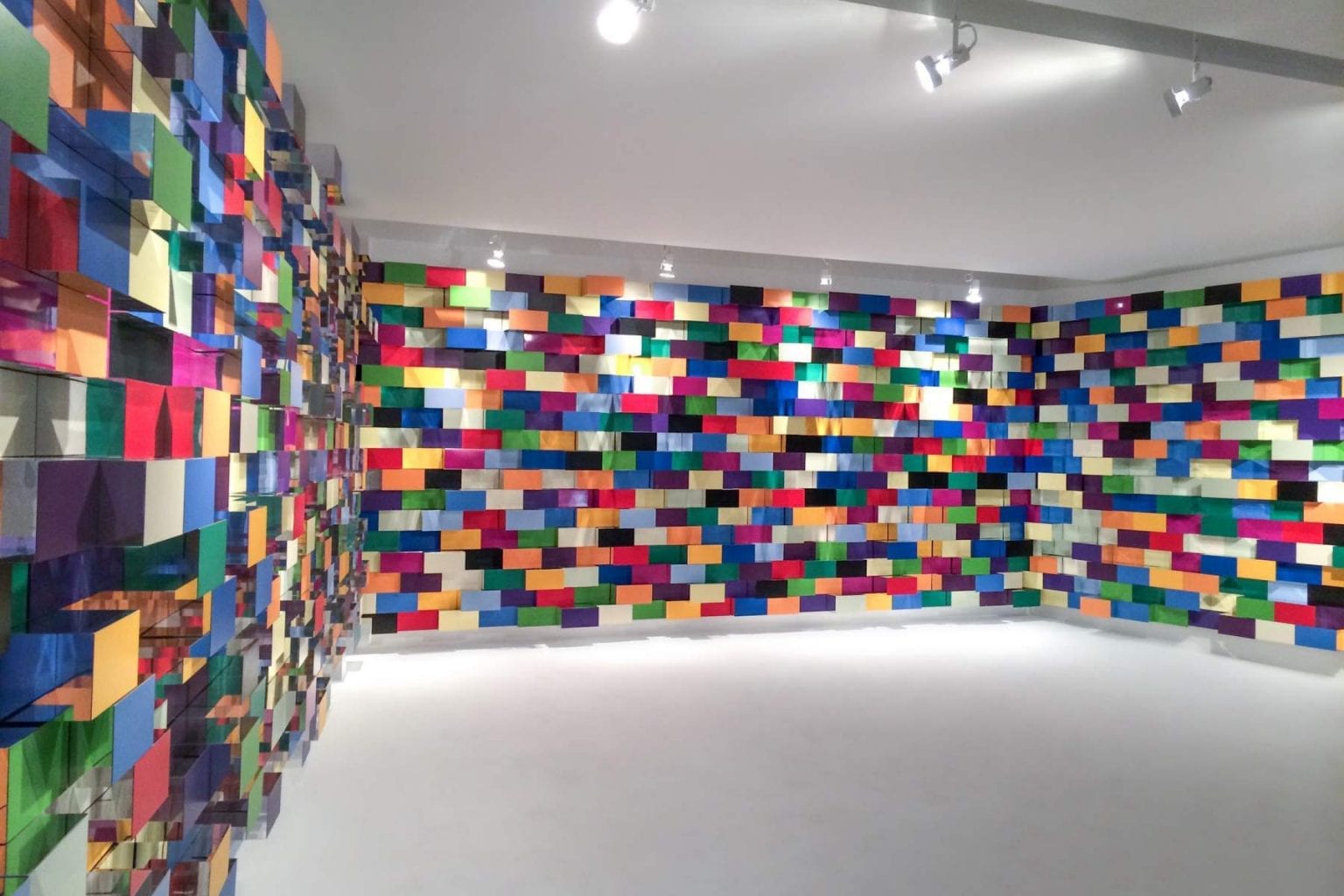 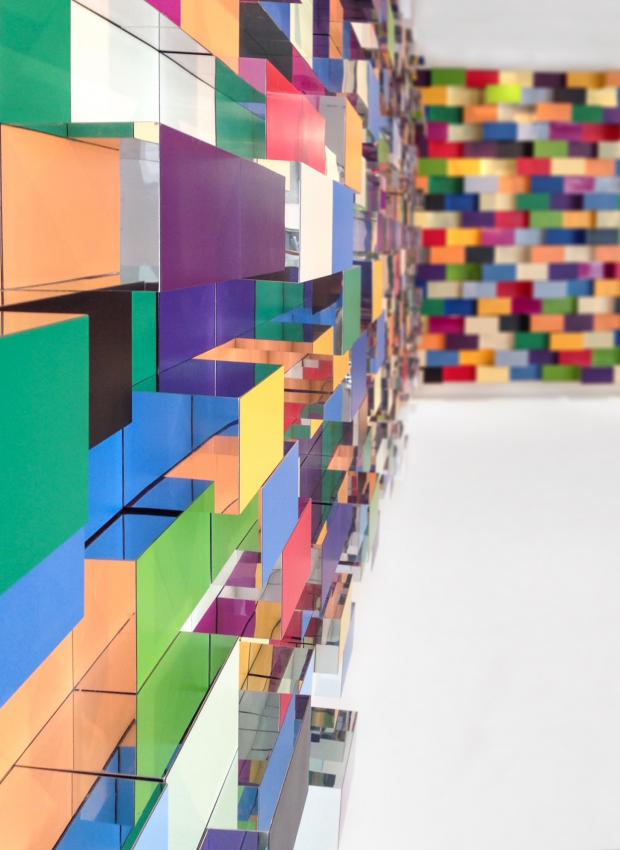 Running Bond… shaken not stirred mimics the typical ‘running bond’ pattern used in the construction of traditional brick walls. Instead of creating a flat surface however, the various depths create an undulating surface that pops out at the viewer, creating an illusionary perception of surface and depth.

With a tilted floor and ceiling and with strong angled walls, the room, is constructed to physically enforce the converging lines of the one point perspective.

“I wanted the room to be still and the walls to be animated and active.”

The installation attempts to further the effect of the forced perspective through establishing horizontal lines that continue as reflections in the mirrored sides of protruding elements.