Sorel Etrog, an Israeli-Canadian artist, born into a Jewish family in Jassy, Romania in 1933. Sorel was seven years old when Nazi Germany began its occupation. Although his art rarely refers overtly to the Holocaust he witnessed and survived, Etrog’s struggle to reconcile the story of human affliction is omnipresent. In 1950, his family immigrated to Israel, his 1958 Tel Aviv solo exhibition earned him a scholarship at the Brooklyn Museum of Art in NYC. In 1959, a meeting with Toronto art collector Samuel Zacks led to Etrog’s first Canadian solo exhibition at Gallery Moos in Toronto. Etrog permanently settled in Toronto in 1963. Recognition came quickly with museum purchases, international exhibitions such as the Venice Biennale (1966), and a commission to design the Canadian Film Award statue, now known as the Genie (1968). Etrog resided in Toronto until his death in early 2014. 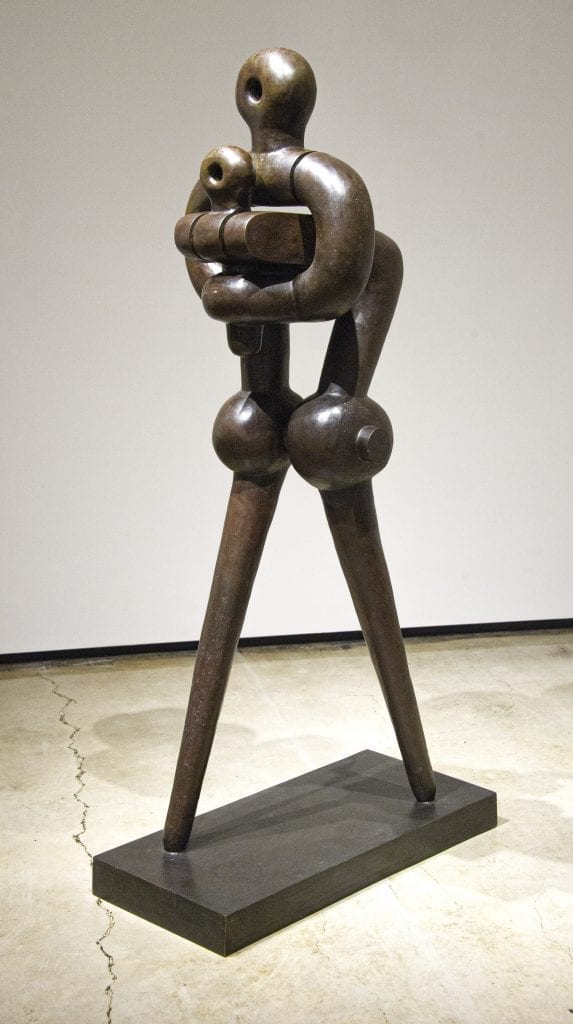 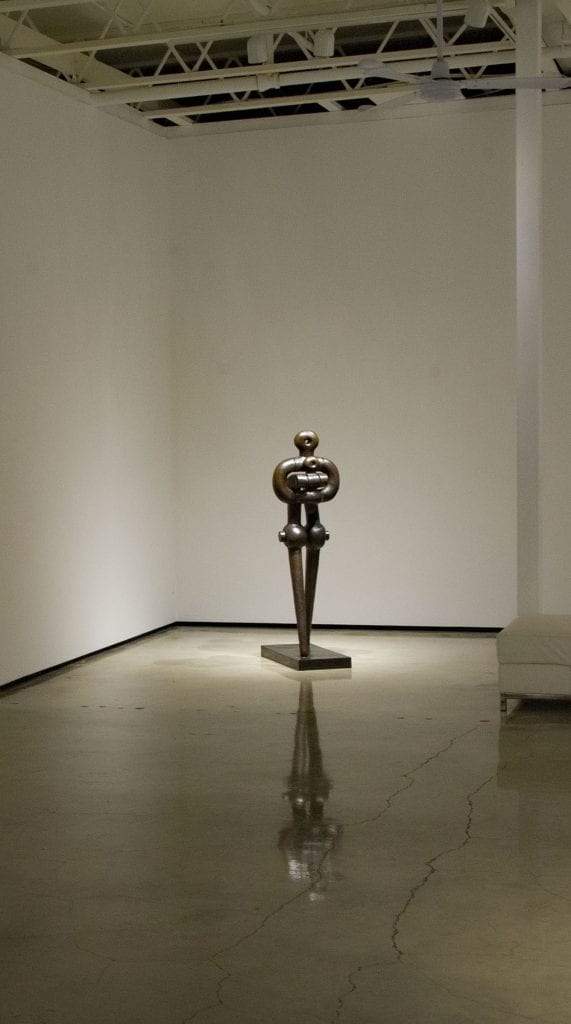 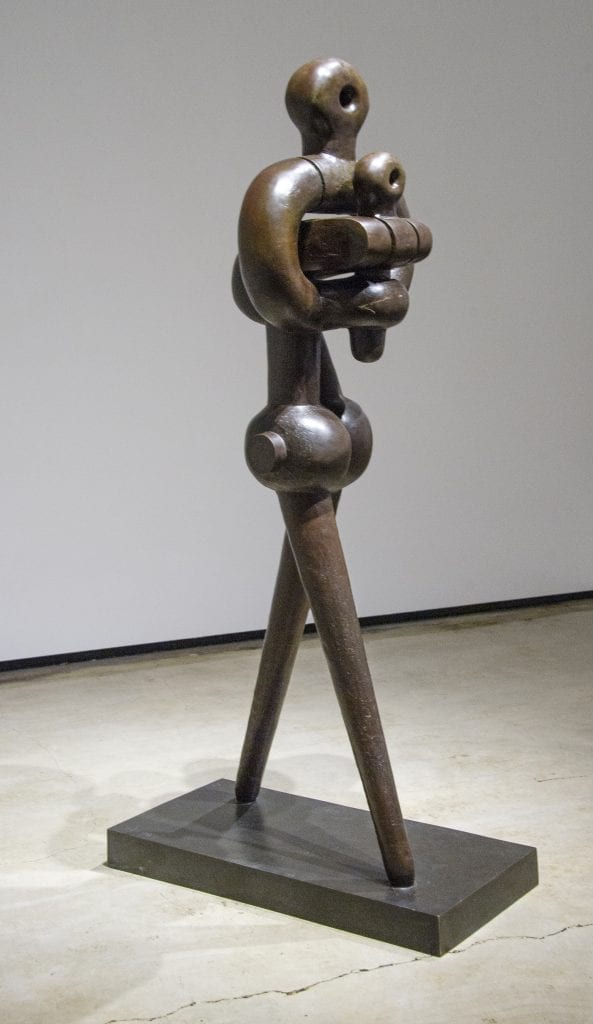 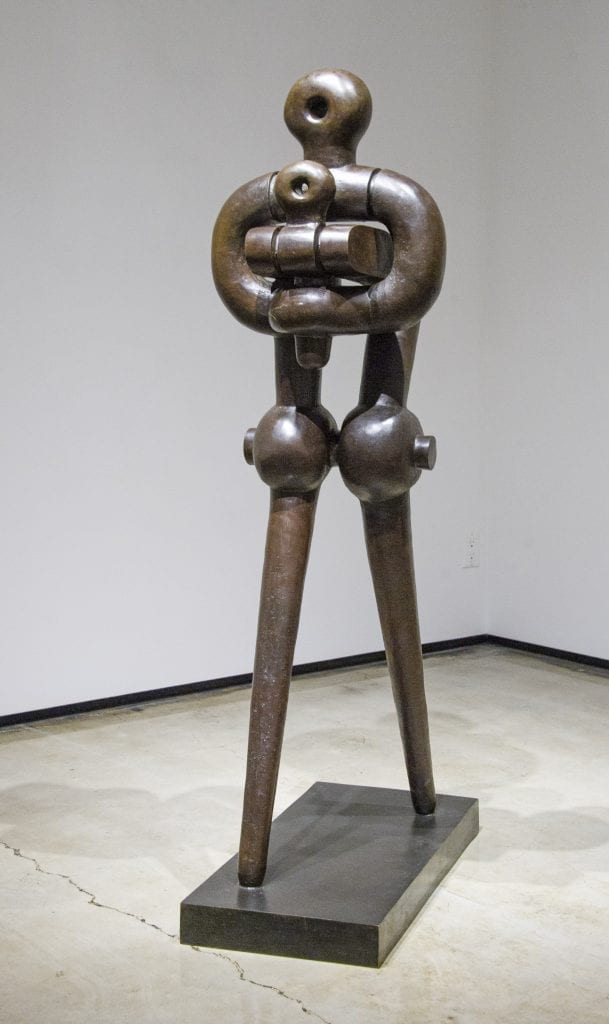 ‘Mother and Child/Pistoya’ is a pivotal piece that marked Etrog’s transition from his “screws and bolts” moment to the more austere “hinges” period.

The mother and child motif, which appeared in different sculptures throughout Etrog’s career, here received a new interpretation through the new language of the hinge. Interestingly, the hinge does not appear in the study bronze maquette for the piece but does exist in the study drawing, as well as in its final version, thus enhancing the work’s status as a transition piece and one of the very first “hinge” works. 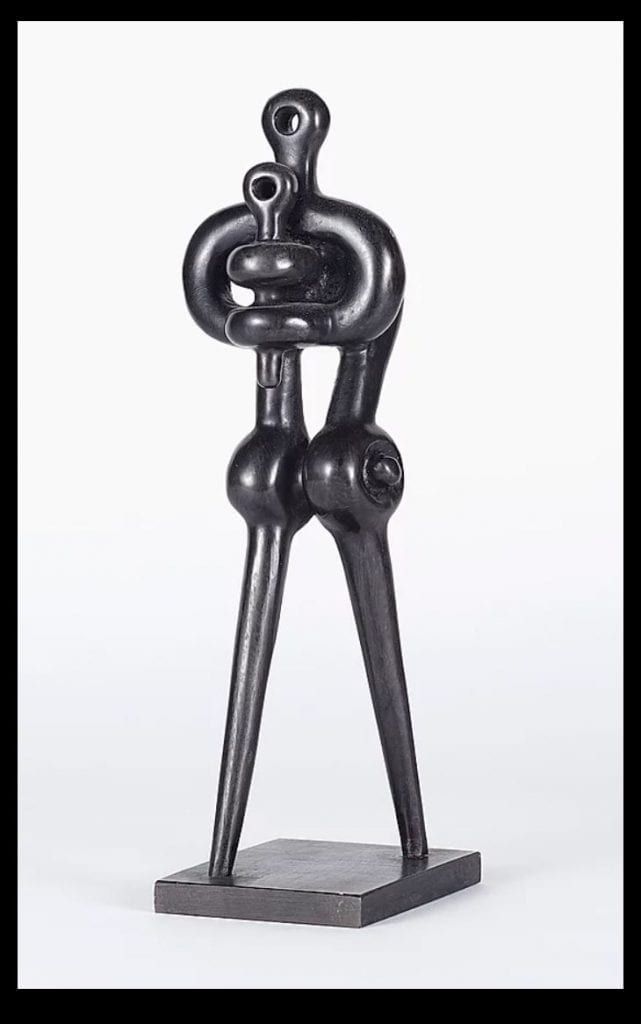 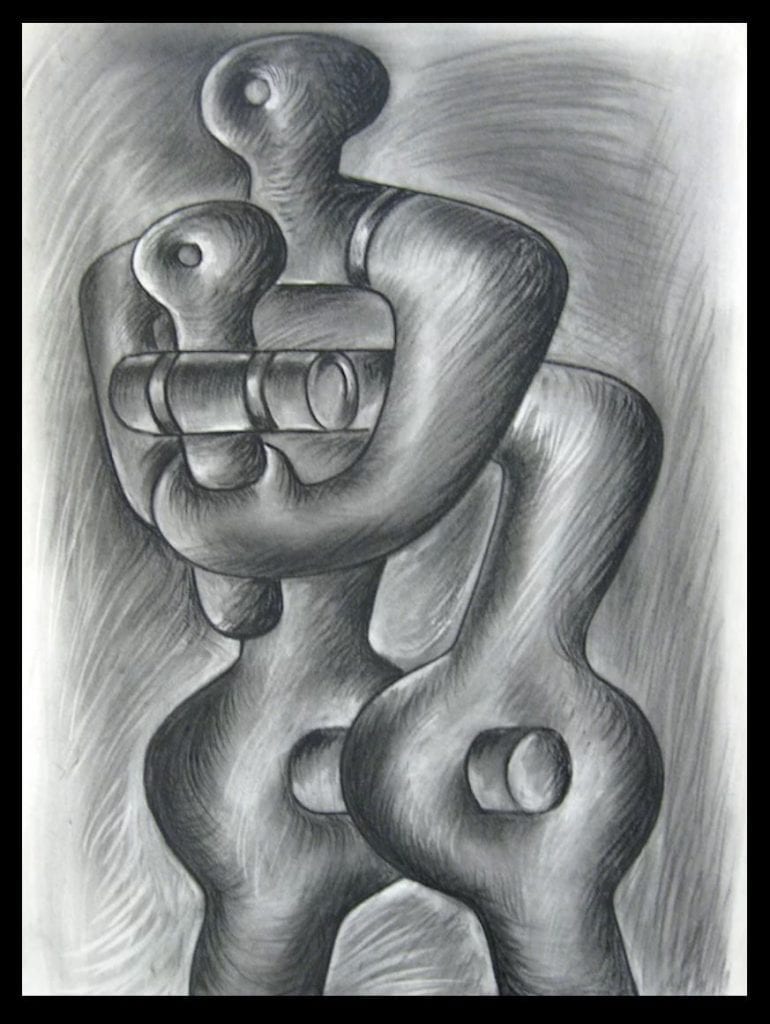