In this series of works, Stephan Reusse produced a series of thermographic recordings of wolves. These images capture only the essence of the wolves, while the wolf is no longer present. 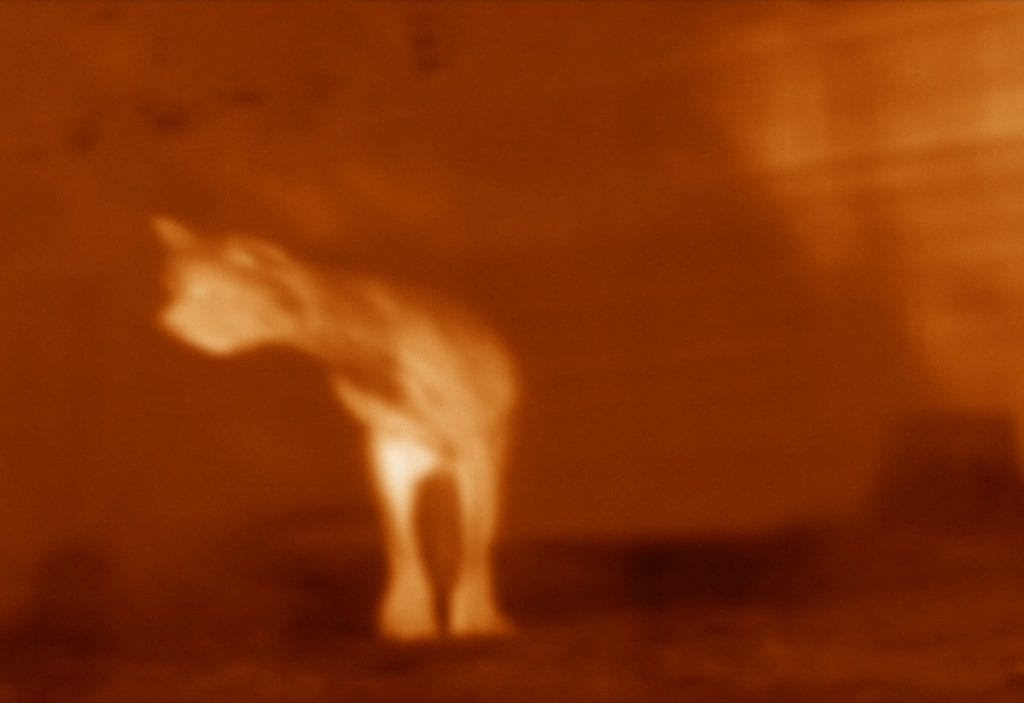 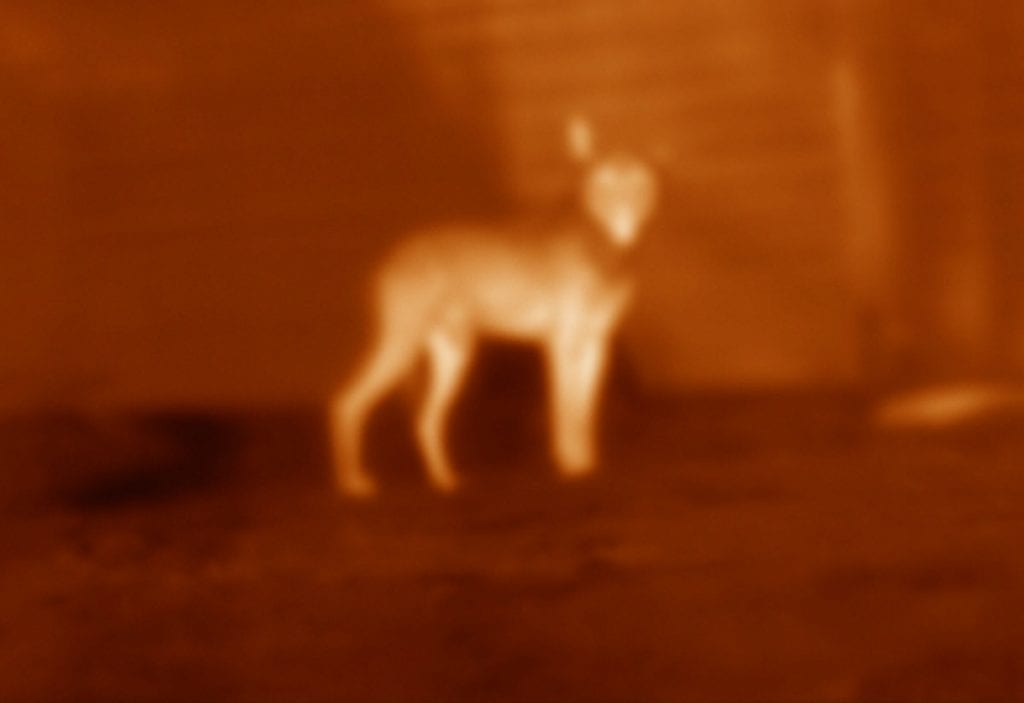 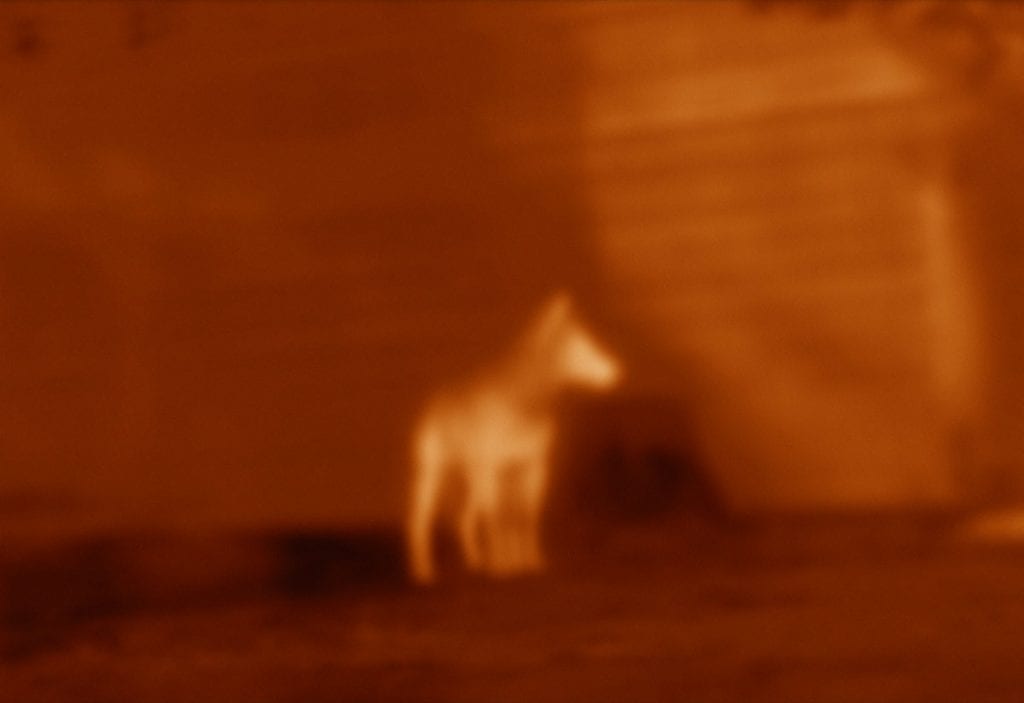 “For his thermographs, Reusse uses a device that is able to transfer invisible heat rays into visible forms and visualize them in the color spectrum from white to blue. Warmth manifests itself in the image as red and cold as blue, according to the emotional values ​​that painting has already associated with colors. Unsurprisingly, the extremes lie in white and black. Infrared emissions from warm bodies with temperatures below 300 degrees Celsius must first be transformed into visible light using an electronic image converter before they can be recorded on photographic materials. A corresponding sensor is required for this.

…In a pitch-dark night the artist tracks down the shy animals, and it is the camera’s search image that gives him information as soon as a wolf approaches. He cannot see it with the naked eye. That requires a maximum of stillness on his part, otherwise the predator would smell him and promptly flee. Reusses territories are the outdoor enclosures. Zoological gardens are out of the question, since the wolves hardly move in the zoo, and he does not want to make ‘portraits’ of them. It is true that curiosity drives him to hunt wolves with the thermal camera, as well as the desire to capture such an extremely cautious animal as a wolf, which in its wilderness can hardly be seen in daylight and with an open visor. But it is curiosity itself that is more important than its object, which gives the images a decidedly ambiguous intensity.”