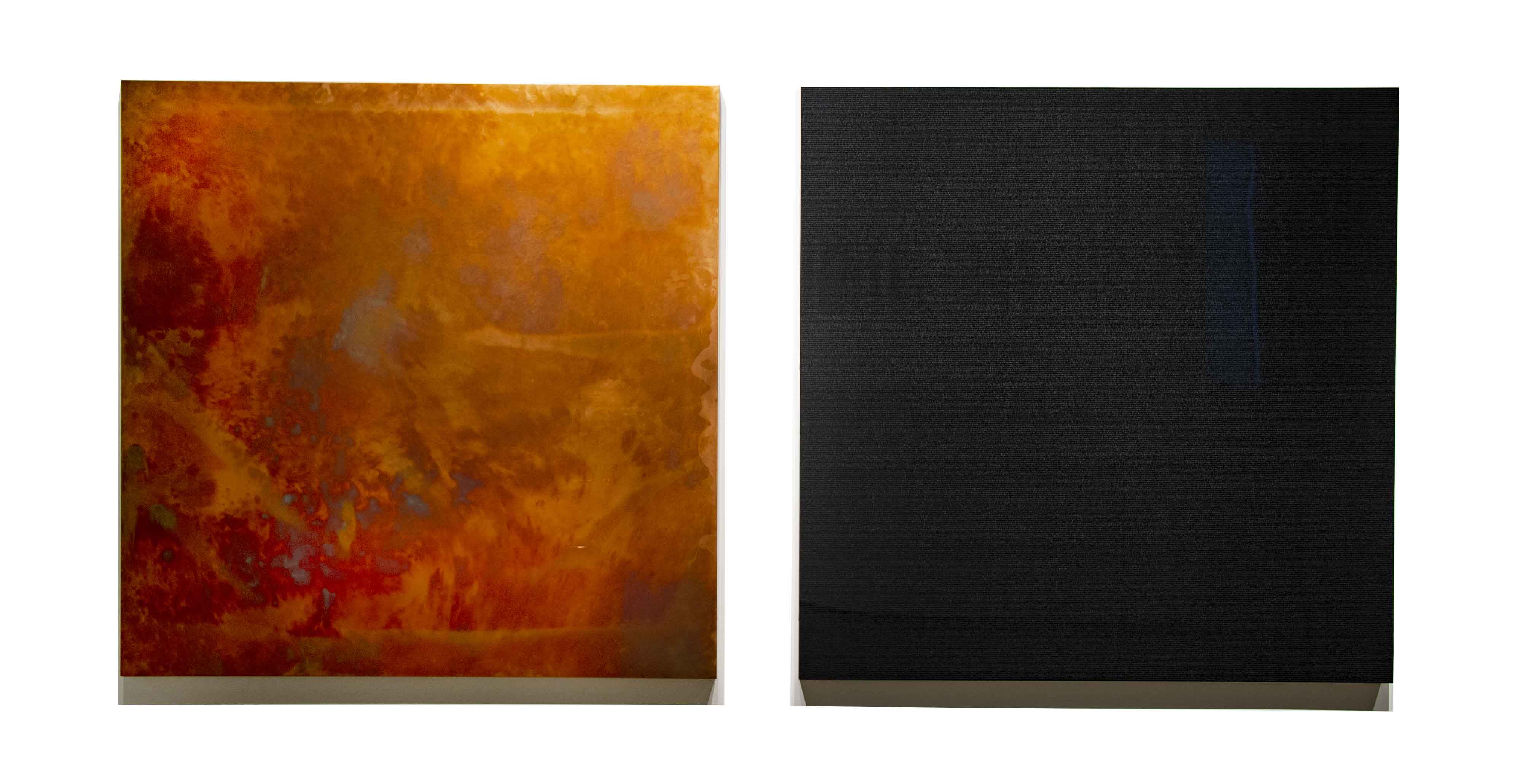 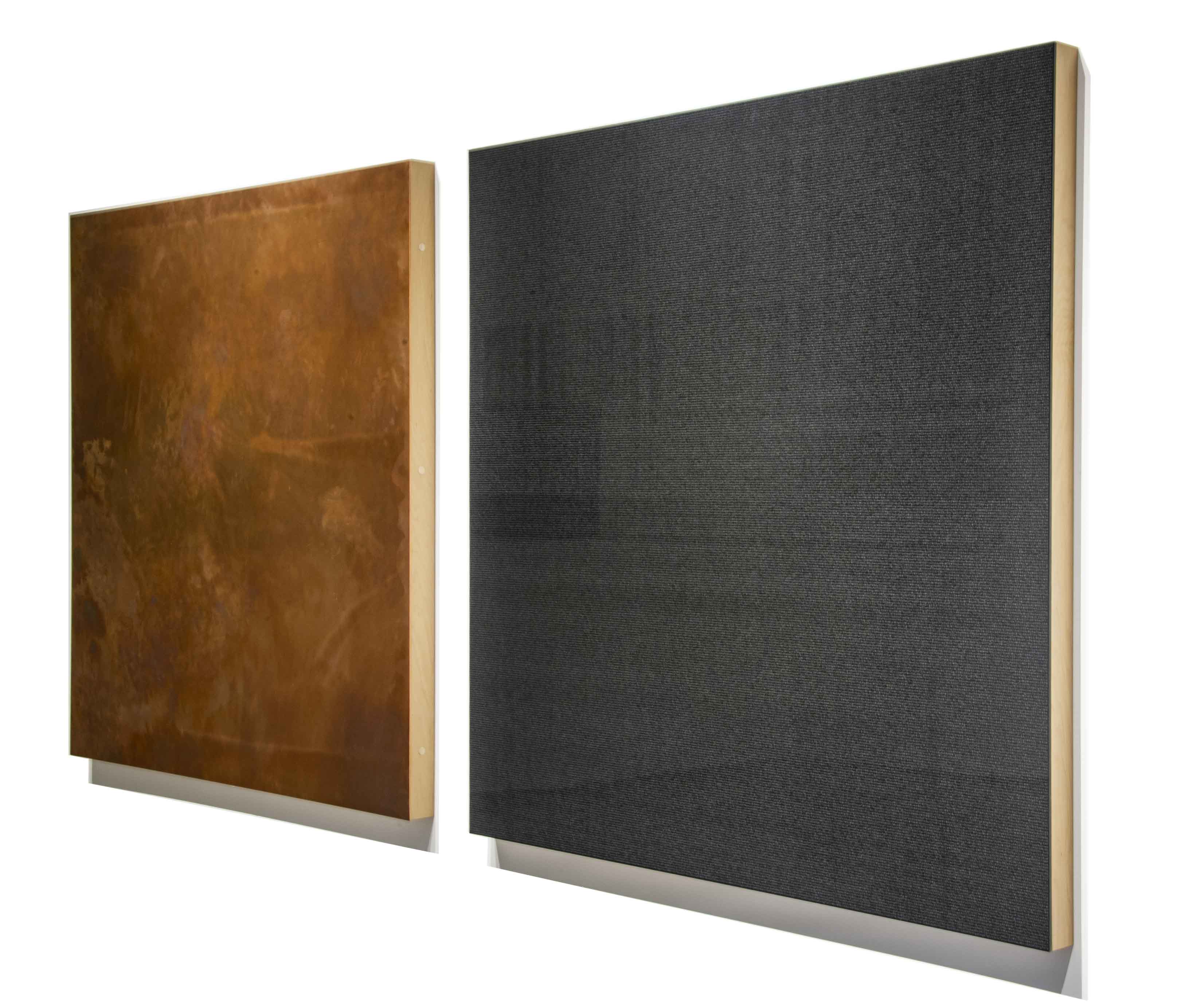 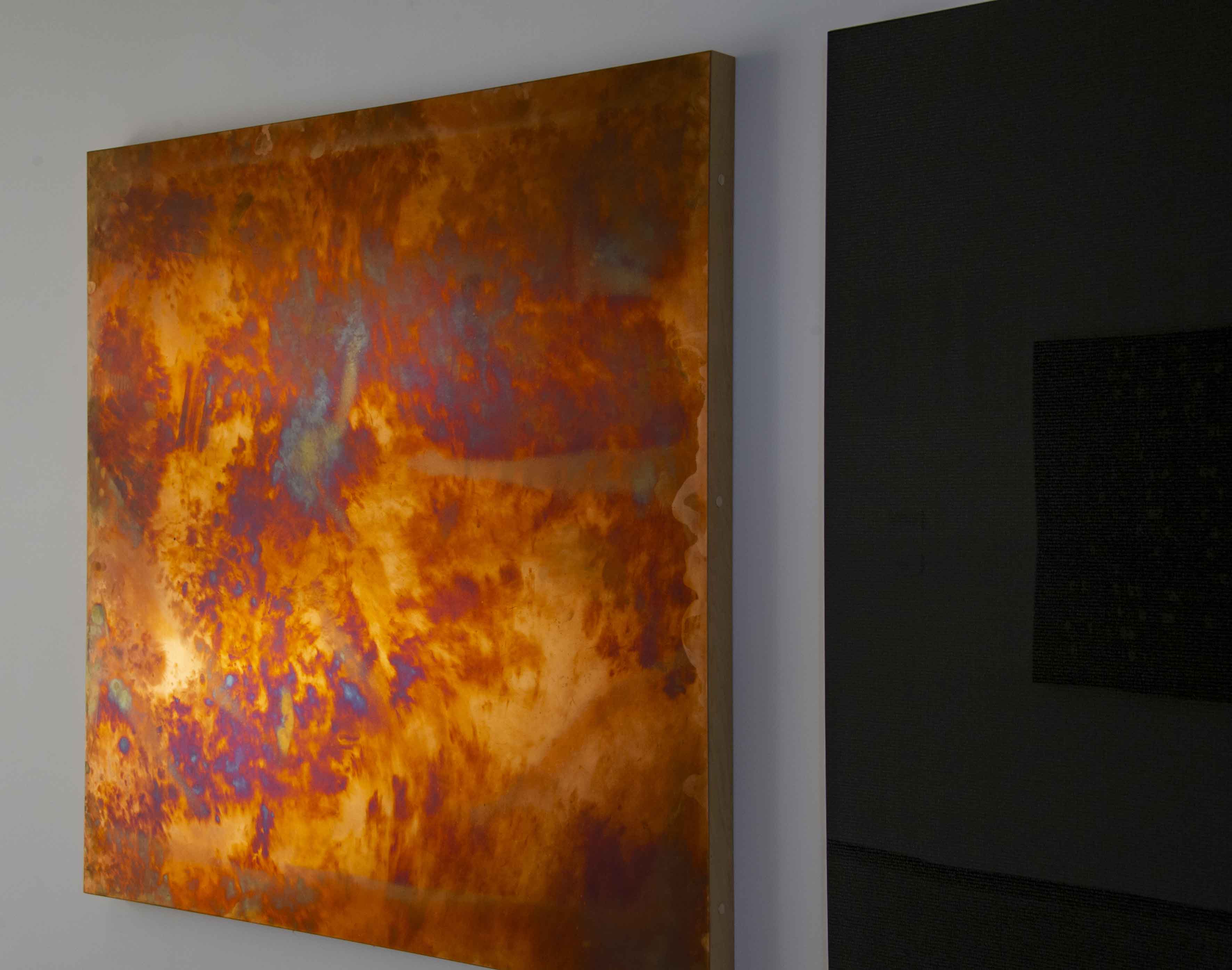 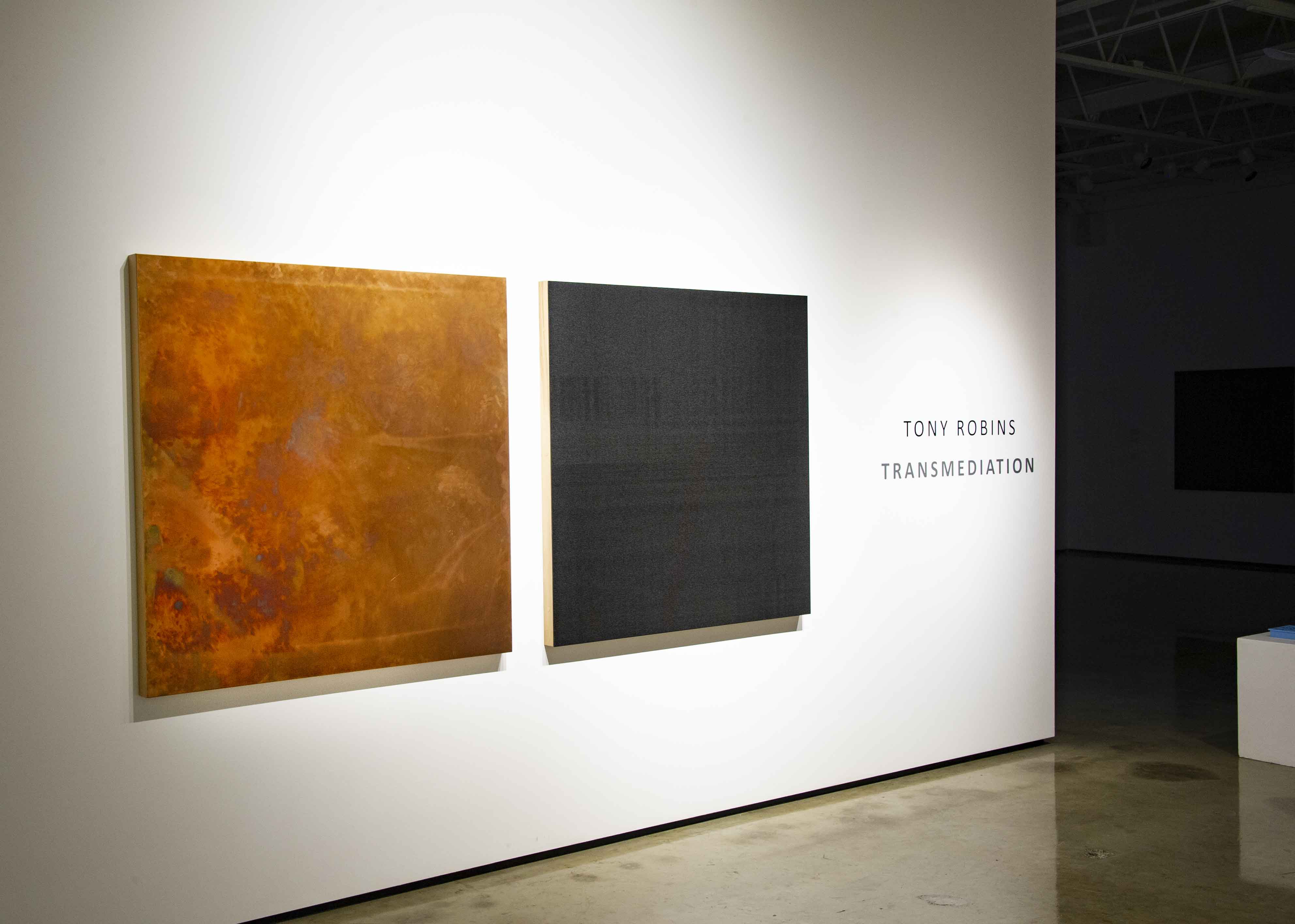 Diptych of treated copper with a photograph of the copper translated into the Base64 medium laser etched into black acrylic. It referenced Donald Judd and others who placed a priority on materiality and proportion, indulging in the minimalism of the copper but a comment on the visceral delight of the metal versus the unintelligible and slick cyber-medium of its transmediation. It changes the modernist indulgence in materiality, void of overt meaning other than its signification, as it sits with its Base64 counterpart, a non-minimalist ‘text’ aligning itself with minimalism by being a vast and almost homogeneous field.