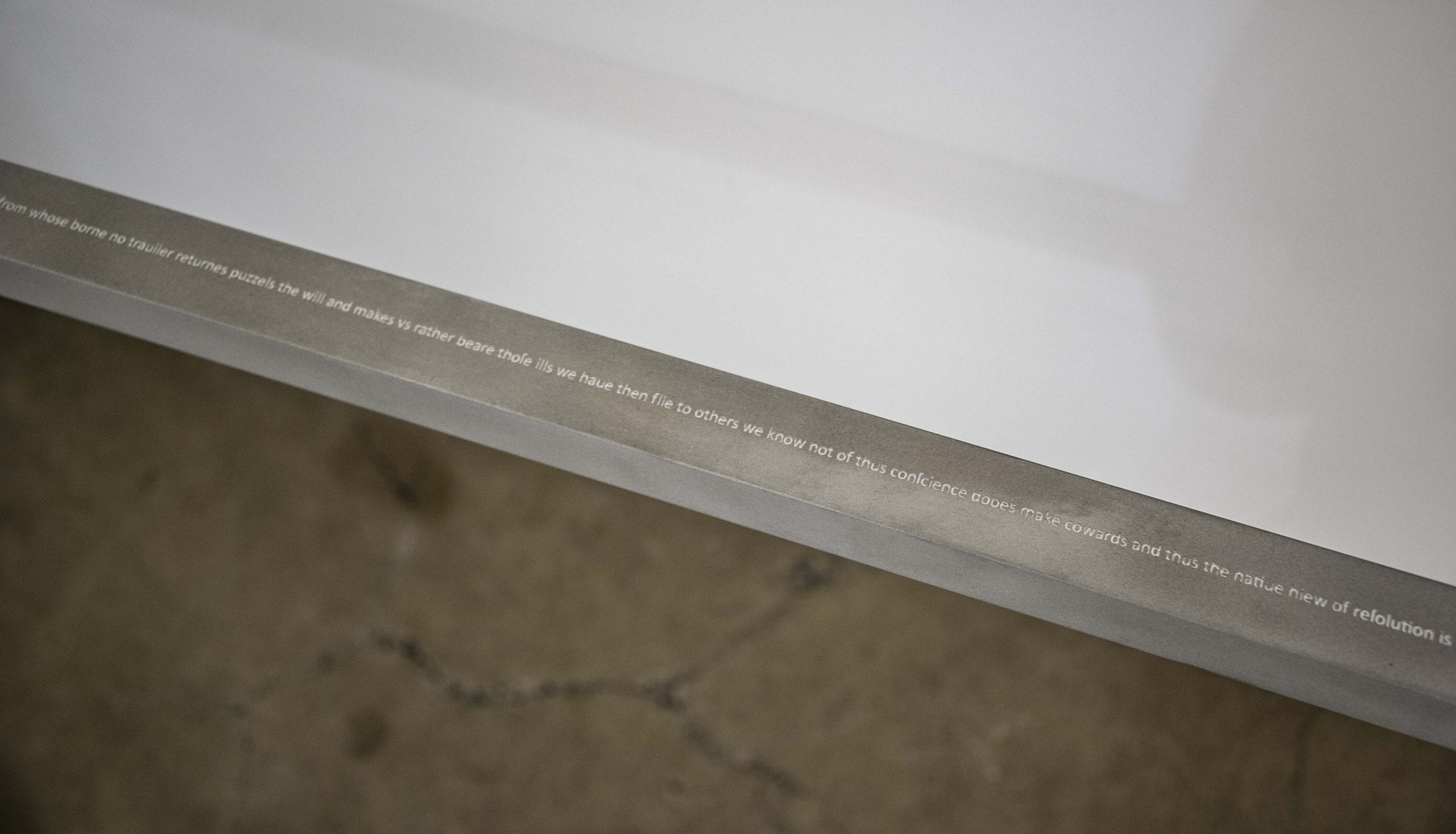 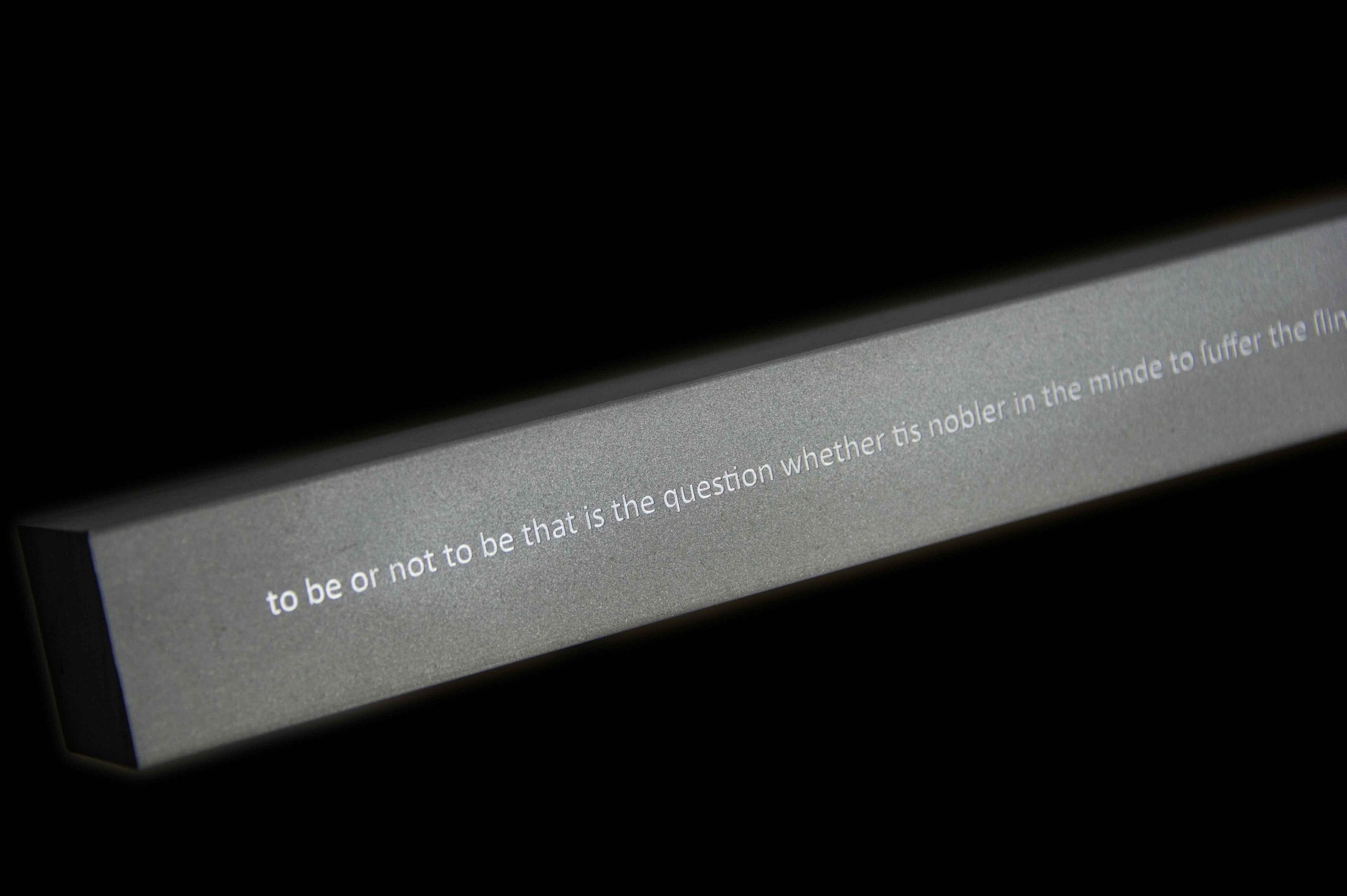 The iconic “To be, or not to be” soliloquy from Shakespeare’s ‘Hamlet’ is here engraved in a single line on a 12 ft solid aluminum rod. The first long edition of ‘Hamlet’ was the ‘Second Quarto’, of 1604, published by Nicolas Ling. (The first Quarto, a year earlier, excluded over half of the text of this edition). The Second Quarto has less punctuation than later editions. Actor Christopher Walken has all punctuation removed from a script when learning lines, preferring to decide when sentences end. So this version of the famous soliloquy is what Walken would read, playing Hamlet. It is in one straight line with no understanding of lines or sentences.