If you haven’t had a chance to visit for a while, you might have missed the opportunity to view some great pieces, here are just a few that have recently sold. 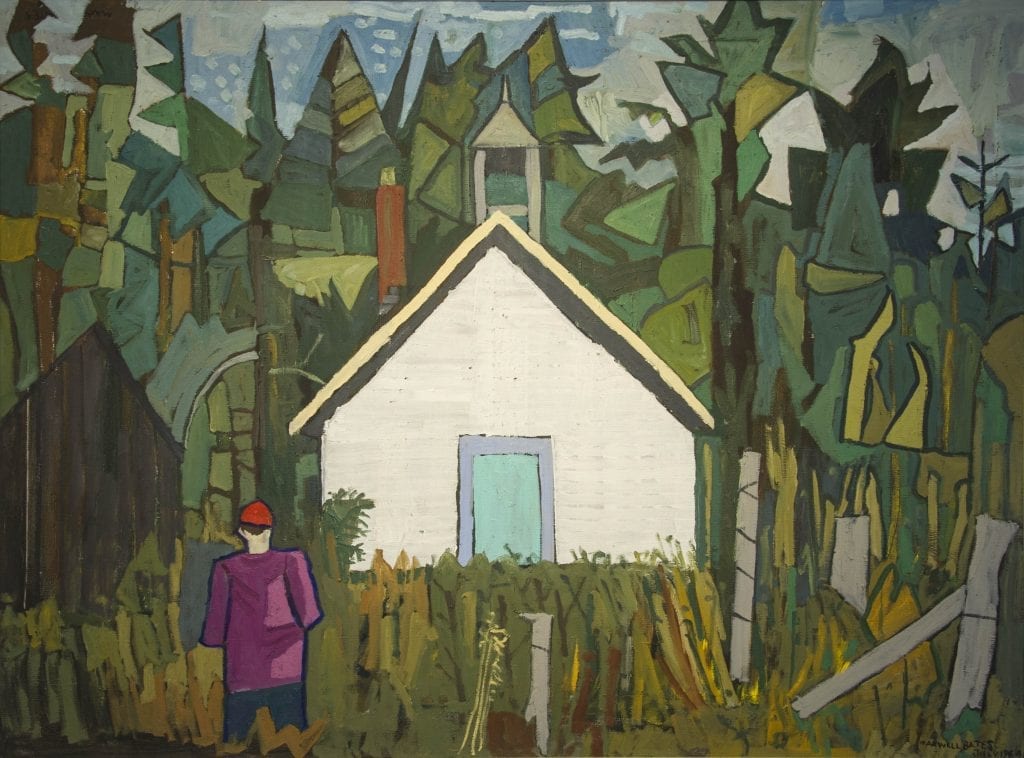 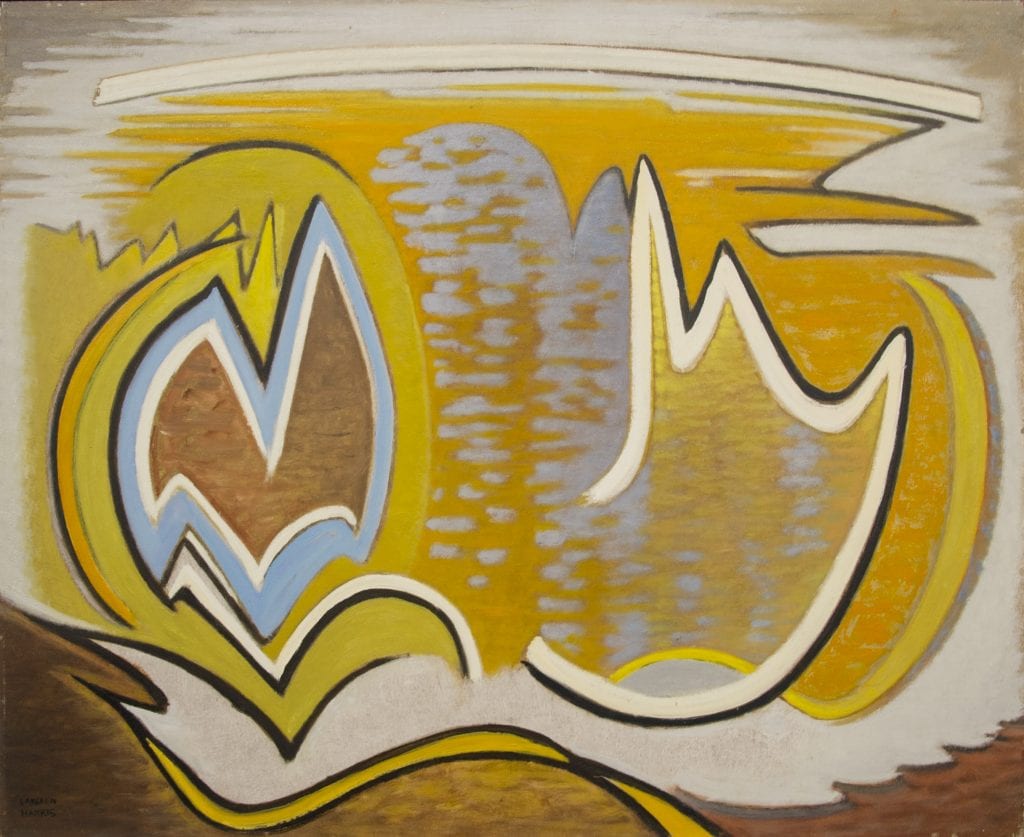 The empty spaces on the walls are once again filled with delight and beauty. Come and see some of our new acquisitions,  such as this 1993 Jack Shadbolt 56″ x 48″ painting titled “The Last Flowering” in our main gallery space. 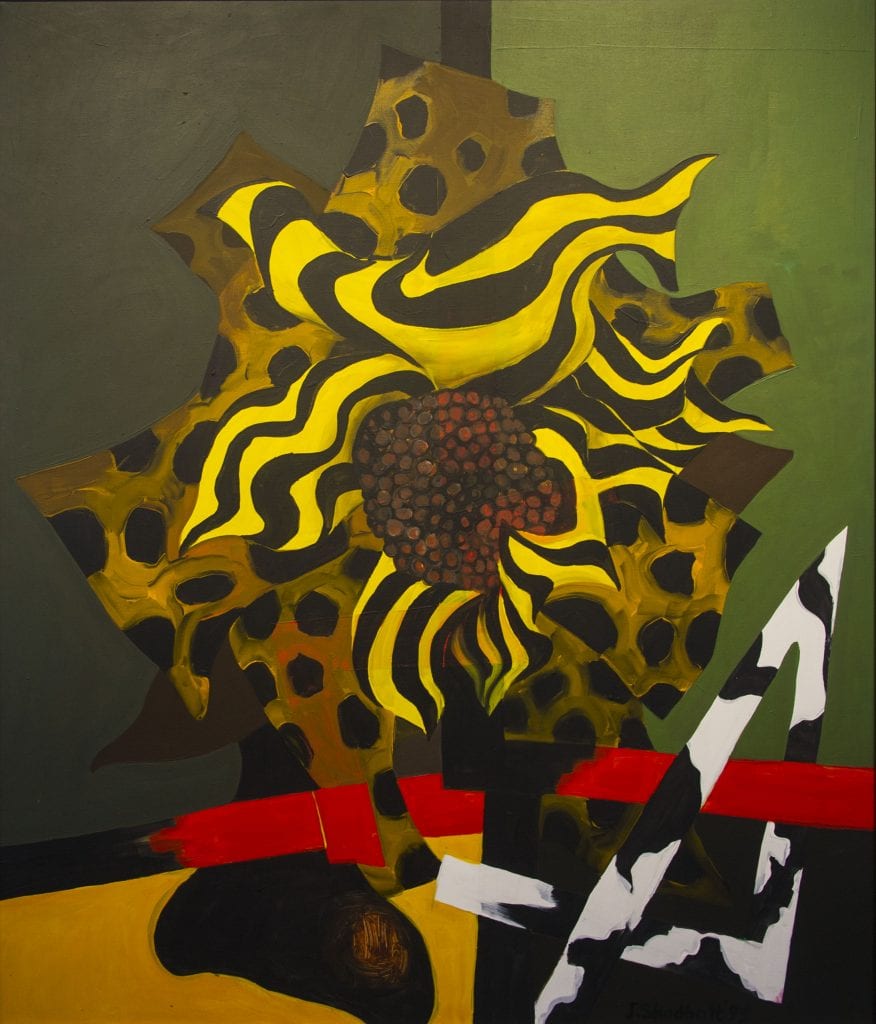 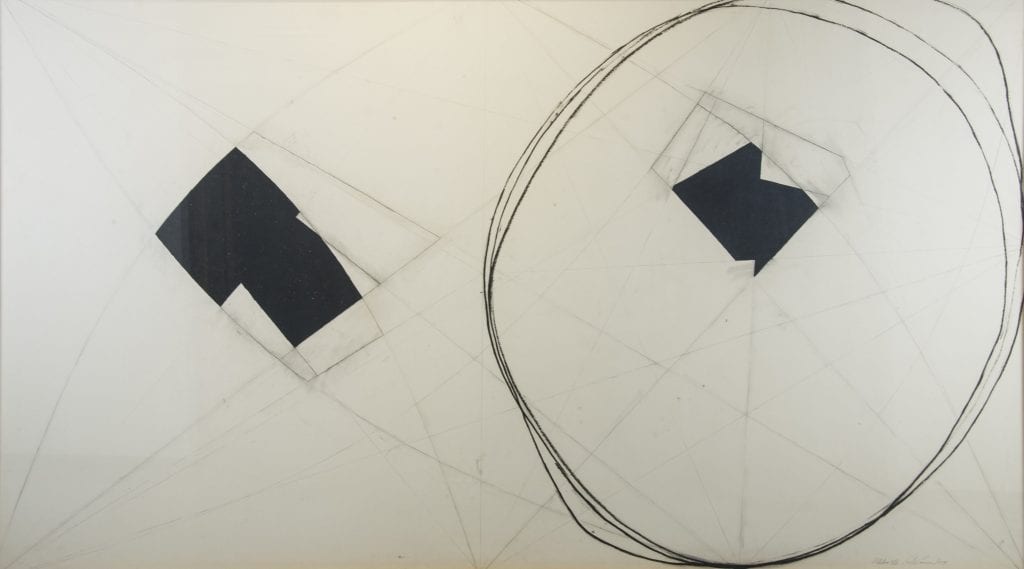 David Craven was a New York based Canadian artist, who is widely recognized for his distinctive painting practices that spanned a forty-year career. Craven’s work is represented in the collections of the National Gallery of Canada, the Art Gallery of Ontario, the Montreal Museum of Fine Art and the Vancouver Art Gallery. 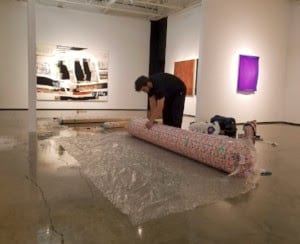 If you were wondering where is Landon’s impressive 90″ x 158″ painting titled “Mirror (Square)” from the Autumn Almanac Exhibition,Landon and her handy helper Jack unraveled it for us one last time, before taking it off the stretcher and diligently rolling it, wrapping it with fabric into a large candy shape getting it ready for transport. 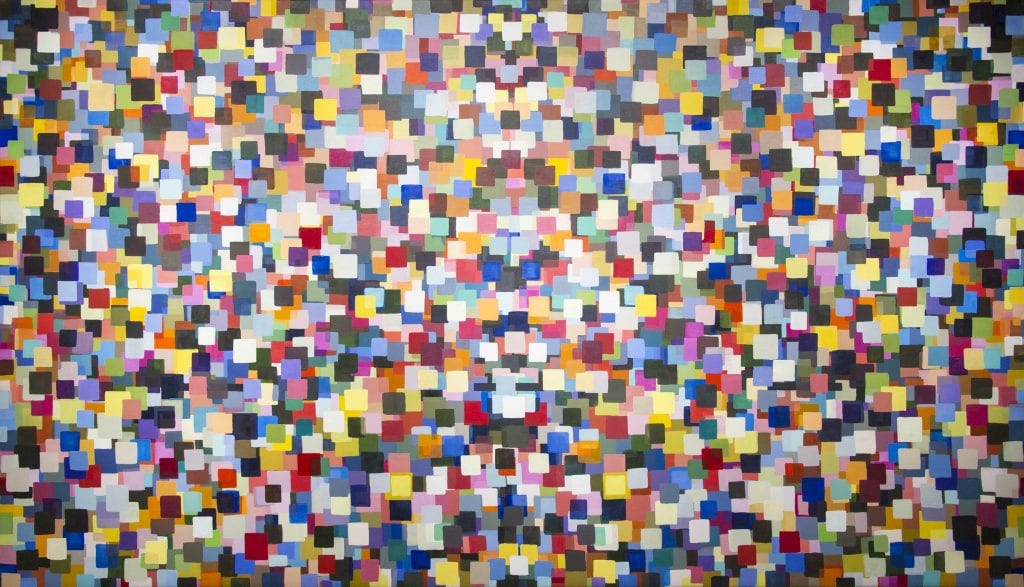 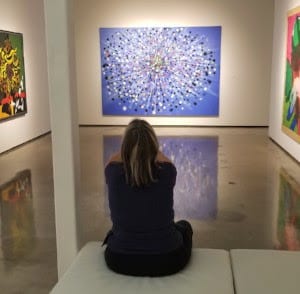 A big thank you to Landon and Jack for all their hard work, it is very difficult to say goodbye to this magnificent powerful work. If you would still like to see Landon’s work in the gallery, there is another equally extraordinary piece titled “Short Waves” currently on view.

In anticipation of an exhibition we are currently working on for Fall 2018, we would like to introduce a work by one of Elan’s notable artists Tony Robins, who is a well-known architect based here in Vancouver with a dedicated full-time art practice.

Tony Robins and his firm AARobins have received awards from Paris to Japan. Tony is a recipient of the prestigious Prix de Rome in Architecture, a winner of the Lieutenant Governor of BC/AIBC’s Special Jury Award for the Kits Beach Restaurant and Lifeguard Project, as well as recipient of Canadian Architect Magazine Awards since the firm’s inception and first project in 1981. won the 2014/15 Western Living “Architect of the Year”, “Interior Designer of the Year” and “Eco Designer of the Year”.

This work “Roundhay Garden Scene” explores the juxtaposition of the classic and contemporary, where the first frame of the first moving picture is laid next to a Base64transmediation of the picture.

In simpler terms, Base64 is a computer language, where images are read only as numbers and letters, a string of codes.

It was taken in the garden of the Whitley family house in Oakwood Grange Road, Roundhay, a suburb of Leeds, Yorkshire, Great Britain, possibly on October 14, 1888. It shows Adolphe Le Prince (Le Prince’s son), Mrs. Sarah Whitley, (Le Prince’s mother-in-law), Joseph Whitley and Miss Harriet Hartley. The ‘actors’ are shown walking around in circles, laughing to themselves and keeping within the area framed by the camera. 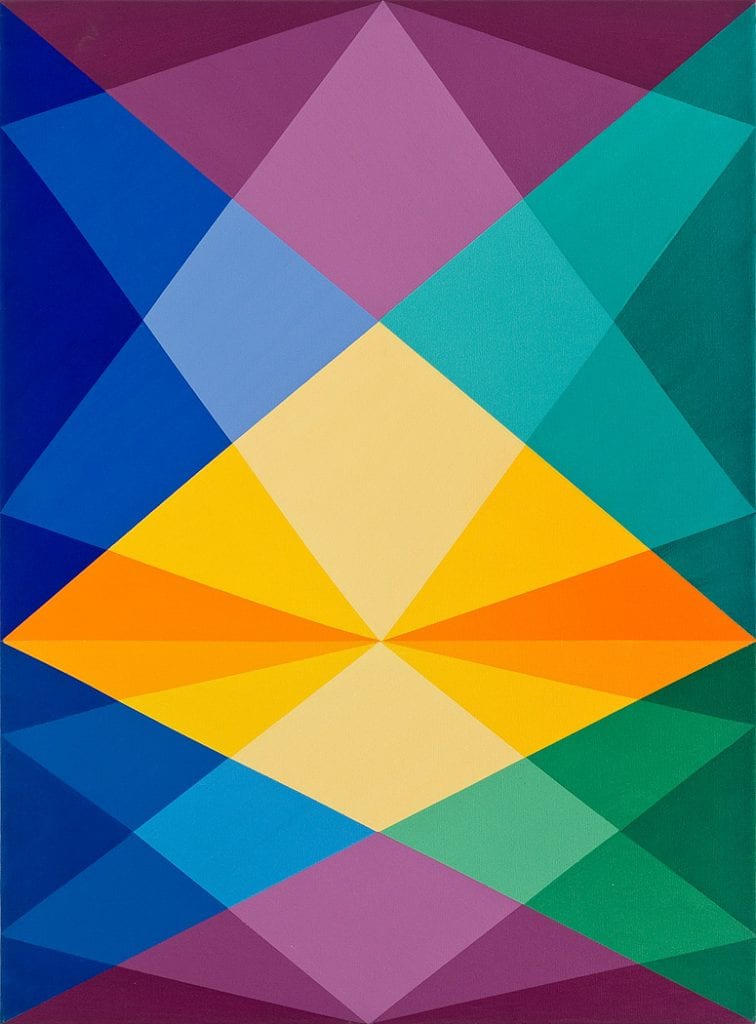 Elan Fine Art is proud to support the 2018 Odlum Brown VanOpen. A Tennis Canada Event, the largest and most celebrated Men’s and Women’s professional tennis tournament in Western Canada and the Pacific Northwest. Tickets are on sale now, we would love to see you there. Find the image of this Joseph Kyle painting in the tournament program.

Hours:
Wednesday – Saturday 12:00–5:00 PM
And by appointment throughout the week.